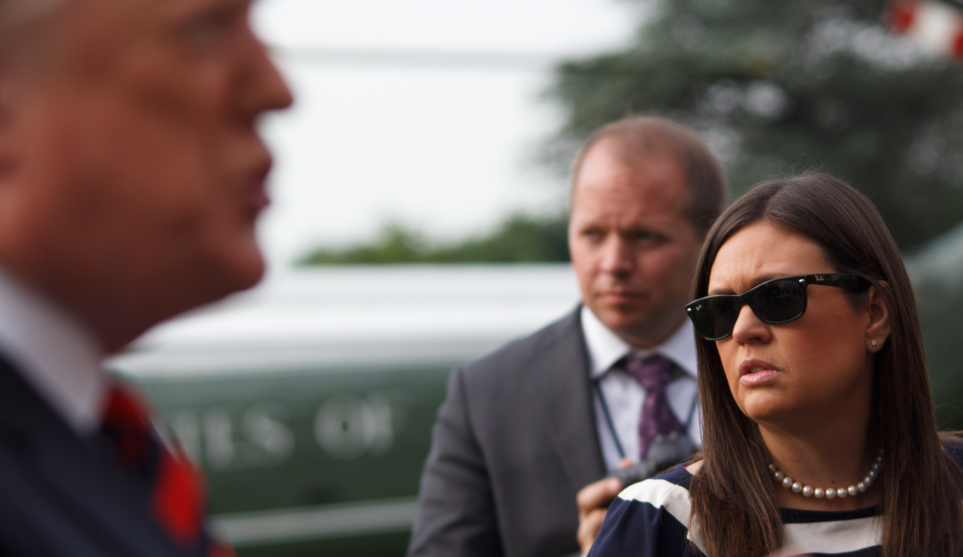 On Monday, President Donald Trump attacked the Red Hen, the Lexington, Virginia, restaurant that refused to serve White House Press Secretary Sarah Huckabee Sanders over the weekend. Using his Twitter account, he accused the restaurant of being “dirty”—both in terms of its cleanliness and values.

The Red Hen Restaurant should focus more on cleaning its filthy canopies, doors and windows (badly needs a paint job) rather than refusing to serve a fine person like Sarah Huckabee Sanders. I always had a rule, if a restaurant is dirty on the outside, it is dirty on the inside!

The president’s decision to weigh in on the incident, which was the third public shaming of a Trump administration official dining out in public in the past week, escalates a controversial tweet from Sanders condemning the Red Hen after she was asked to leave Saturday over Trump’s “inhumane and unethical” policies. Ethics experts have since questioned whether Sanders may have broken the law by using her official White House account to discourage patronage at a privately owned restaurant.

Trump’s tweet Monday shows no apparent concern for such potential violations. After his morning attack, many on social media pointed to the many health code violations at Mar-a-Lago and several of the other properties he owns.

As Trump accuses a small Va. restaurant of being "filthy," worth noting the restaurant at Trump's Mar-A-Lago has been cited 78 times in the past three years for health code violations, including "a black/green mold-like substance" on the ice machine. https://t.co/OHryHsWtqt https://t.co/wUplAABwZX