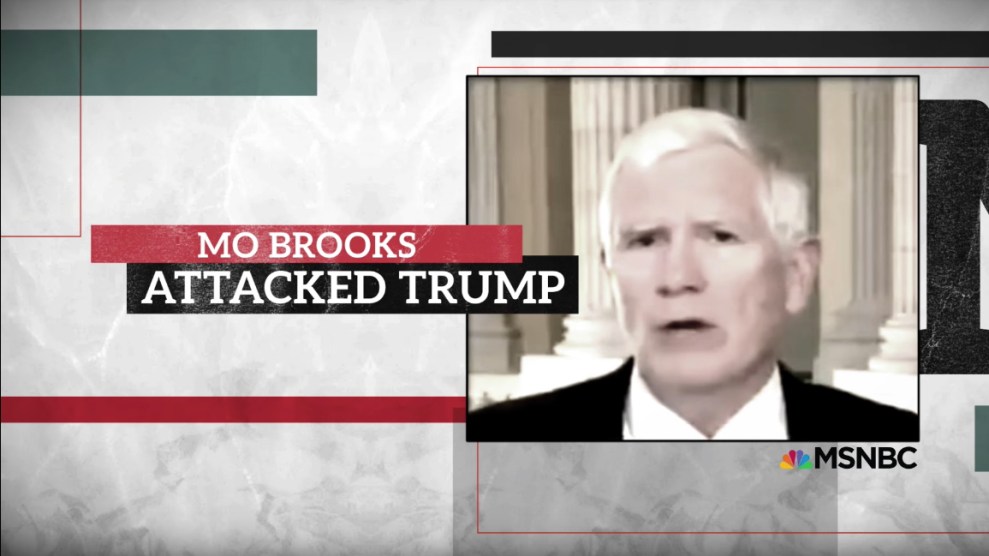 Martha Roby took a stand, and now she’s paying the price. Not long after the publication of the Access Hollywood tape in October 2016, the Alabama Republican congresswoman announced that she could not vote for an admitted sexual predator for president—even if he was her party’s nominee. Voters in her district responded by waging a write-in campaign that nearly cost her re-election.

Roby has sought to make amends with President Donald Trump over the past year-and-a-half, but the hard feelings still linger. On Tuesday, she fell well short of the 50 percent threshold needed to avoid a runoff in her Republican primary. She faces a head-to-head matchup next month with party-switching former Democratic Rep. Bobby Bright, who has criticized Roby for having “turned her back on President Trump when he needed her most.” In 2018, this is the cost of a conscience.

What Roby is encountering is happening in races across the country. In some cases, candidates have been targeted for their Never Trump stance during the general election. Other Republicans have been branded as turncoats for criticizing Trump during the presidential primary, when a sizable contingent of party regulars was still holding out hope for someone else. And some committed no crime other than supporting Ted Cruz.

The outrage against Republicans who bucked Trump has been selective. Roby is notable in part because she’s one of the few elected officials whose 2016 stance has jeopardized her current job. (See also: Mark Sanford.) More frequently, Republicans running for higher office have been hit with a barrage of criticism over their one-time opposition to Trump. It’s an unusual test of fealty without any real precedent. President Barack Obama had a tough primary, too, but it never became a Democratic campaign issue in, say, 2010.

In the Republican primary to replace retiring Rep. Lamar Smith (R-Texas), Jennifer Sarver, a former Bush administration official, was criticized for having supported Hillary Clinton in 2016. “Were Donald Trump not at the top of the Republican ticket, I would be proudly supporting any number of the qualified candidates who ran against him,” she wrote in a Dallas Morning News op-ed that October. In 2018, Sarver tried to cast herself as an independent-minded conservative who would work with Trump when practical, but it didn’t work. She got less than 6 percent of the vote.

It’s not too surprising that Republican voters would reject someone who openly supported Clinton. But in the same district, the Club for Growth, a conservative group, ran attack ads hammering William Negley, a former CIA agent, for having liked two tweets about Evan McMullin’s third-party candidacy in 2016.

That the Club for Growth itself spent $1 million in 2016 attempting to stop Trump from becoming the GOP nominee only underscores the totality of Trump’s takeover of the party.

Dan Crenshaw, a former Navy SEAL running for an open Republican-held seat in the Houston area was attacked by a super-PAC over a 2015 Facebook post in which he called Trump’s rhetoric toward Muslims “insane” and “hateful.” But Crenshaw was able to reassure voters he that had ultimately voted for the candidate he considered “insane,” and he advanced to the general election.

Ahead of the April Indiana Senate primary, Rep. Todd Rokita accused one of his opponents, Rep. Luke Messer, of “plotting” to stop Trump from receiving the nomination at the party’s 2016 convention. (Messer had floated Mitt Romney and former Indiana Gov. Mitch Daniels as possible alternatives.) But Rokita himself had referred to Trump as “vulgar” in 2016, while explaining why he was supporting Sen. Marco Rubio instead. Both Rokita and Messer lost, in the end, to businessman Mike Braun.

Even Chris McDaniel, an arch-conservative Mississippi state senator who nearly unseated Republican Sen. Thad Cochran in 2014, found himself in hot water for having supported Cruz during the primary. Sen. Roger Wicker, whom McDaniel was briefly running against before switching races to run against interim Sen. Cindy Hyde-Smith, cut an ad pointing out that during the presidential primary, McDaniel had called Trump supporters “delusional” and “disturbing”:

Perhaps the most shameless attempt to play the Trump card came ahead of last month’s West Virginia Senate primary. Rep. Evan Jenkins, who endorsed Trump on the day of the West Virginia presidential primary two years ago, repeatedly attacked his opponent, state Attorney General Patrick Morrisey, for having “betrayed” Trump by “scheming” against his nomination—a very sensational way of saying that Morrisey had supported Cruz. The ad included a photoshopped image of Morrisey shaking hands with Hillary Clinton. Jenkins boasted that he was the only one of the three main Republican candidates to have voted for Trump in the primary, which was true only on a technicality—coal baron Don Blankenship was in prison at the time.

As with most things that involve Trump, this strategy can have unintended consequences. In the Republican primary for last year’s Alabama special election to fill Jeff Sessions’ Senate seat, Republicans—led by Senate Majority Leader Mitch McConnell’s own super-PAC—attacked Rep. Mo Brooks for having criticized Trump during the presidential primary.

Brooks had called Trump a “serial adulterer” during the presidential primary, before ultimately supporting Trump in the general election. Still, the attacks helped knock Brooks out of the Senate race—and inadvertently elevated Roy Moore.