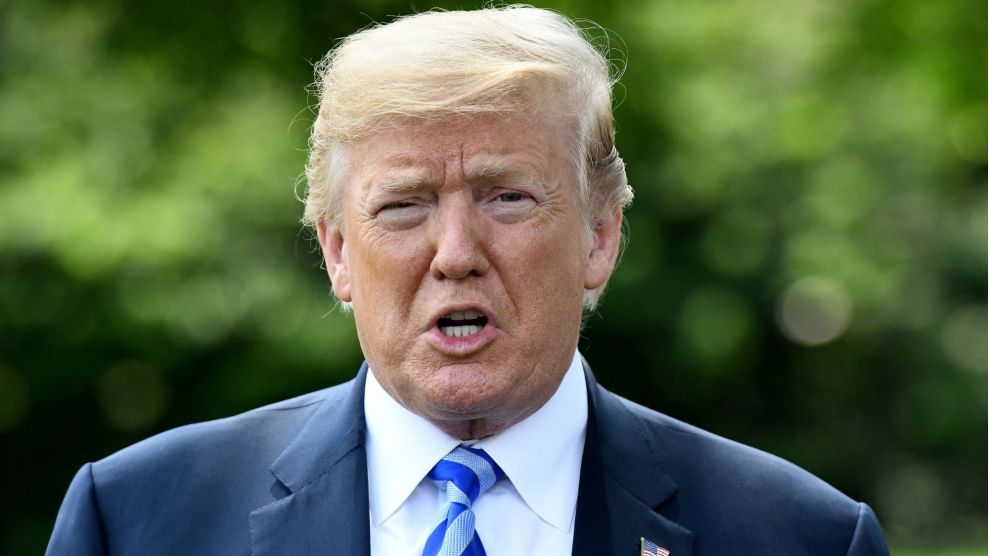 President Donald Trump asserted in a tweet Monday that he has “the absolute right to PARDON myself,” doubling down on claims by his lawyers that he has complete authority over the investigation into his 2016 campaign’s possible collusion with Russia.

The New York Times published a confidential memo over the weekend sent by Trump’s lawyers to special counsel Robert Mueller in January explaining why the president need not sit for an interview with Mueller. Their main argument was that Trump couldn’t possibly obstruct justice in the Mueller probe because the Constitution grants the president power to, “if he wished, terminate the inquiry, or even exercise his power to pardon.”

The letter provided an unprecedented look into the White House’s legal reasoning as it deals with the special counsel investigation, and it has raised a series of legal questions that remain unsettled—namely, whether the president can, in fact, pardon himself.

In several Monday morning tweets, Trump reasserted his lawyer’s claims and continued to take aim at the investigation, calling it a “witch hunt” and “unconstitutional.”

As has been stated by numerous legal scholars, I have the absolute right to PARDON myself, but why would I do that when I have done nothing wrong? In the meantime, the never ending Witch Hunt, led by 13 very Angry and Conflicted Democrats (& others) continues into the mid-terms!

The appointment of the Special Counsel is totally UNCONSTITUTIONAL! Despite that, we play the game because I, unlike the Democrats, have done nothing wrong!