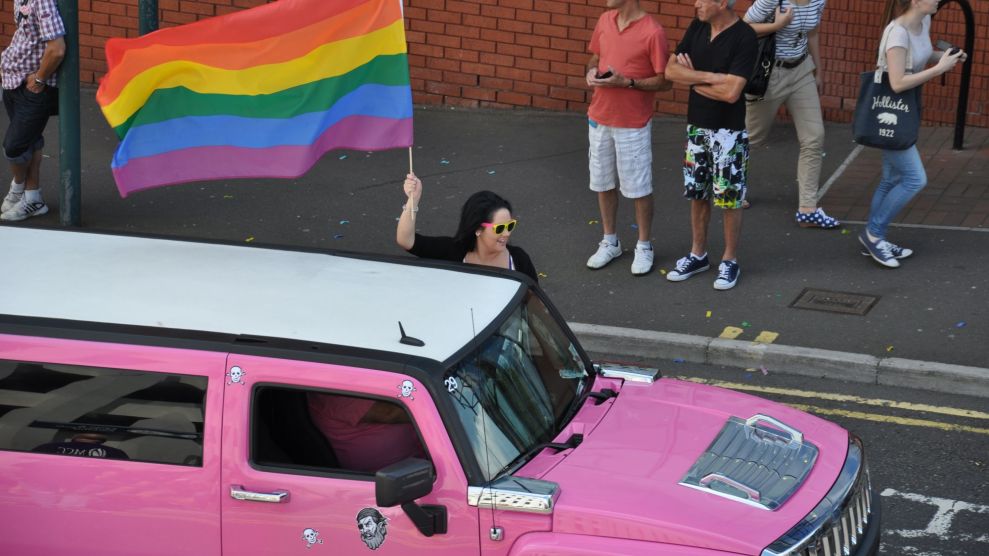 Last week, in a victory for LGBTQ rights, Maine became the third state (plus Washington, DC) to offer a nonbinary gender option on driver’s licenses.

“Having an accurate ID is important for everyone to be able to move through the world, to be able to get employment, housing, enroll in school, obtain other IDs.”

Nonbinary individuals do not identify with the sex they were assigned at birth. The National Center for Transgender Equality defines nonbinary people as those who fall outside the designations of male or female or who blend the two together. This does not mean they are intersex, nor does it necessarily mean they identify as transgender, though these can all overlap, and the NCTE includes nonbinary identities in the transgender spectrum.

“Having an accurate ID is important for everyone to be able to move through the world, to be able to get employment, housing, enroll in school, obtain other IDs,” says Arli Christian, state policy director for the NCTE. “The more we have access to accurate markers on IDs, the more we help avoid discrimination and help people go about their daily lives.”

The revised IDs could also make life safer for nonbinary citizens: In a study of transgender and gender non-conforming Americans published by NCTE in 2015, 32 percent of respondents reported being verbally harassed, denied benefits or service, asked to leave, or assaulted upon showing identification that didn’t match how they presented.

The NCTE published a list grading states on their policies regarding changing gender on a driver’s license. Oregon received an A+ for offering a nonbinary option—displayed as an “X” on the license—and not requiring that a physician or psychologist sign off on a person’s gender designation. At the bottom of the list, earning an F grade, 11 states concentrated in the South require citizens to jump through several hoops in order to make changes on their IDs, including providing proof of gender transition surgery, a court order, or an amended birth certificate—all of which can be cost-prohibitive and complicated to obtain. That some nonbinary individuals don’t feel the need to physically transition excludes them from many of these states’ rules.

Currently, only three states—Washington, Oregon, and California, the entirety of the West Coast—allow people to amend their birth certificates to replace their sex with a nonbinary designation. New Jersey is following suit with a bill that passed both the Senate and General Assembly earlier this month but has yet to be signed. Two lawsuits won by Lambda Legal, a nonprofit legal organization that fights for LGBTQ rights, argued that being barred from changing gender on birth certificates inhibits transgender people from participating in public life with ease and enjoyment, harms their abilities to get and keep employment and housing, fails to ensure them constitutional privacy, and outs them—an often-dangerous situation.

“The broader importance of the trend of states including gender-neutral options is that it just provides additional privacy around gender,” NCTE’s Christian said.

While more states are pushing through legislation to offer a nonbinary option on driver’s licenses, you can’t get one yet in Washington, even though you can get a nonbinary birth certificate. A spokesperson from the Washington State Department of Licensing told Mother Jones in an email that the state is researching what laws and rules would need to change to accommodate nonbinary individuals and does not currently have a timeline on this process.

“We’re seeing that disconnect in a number of states,” Christian said, referring to how some IDs can be changed but others cannot. “The trans community has always dealt with this hodgepodge of policies that make it very difficult to navigate the name and gender change process.” But, Christian added, “government agencies need to adapt.”