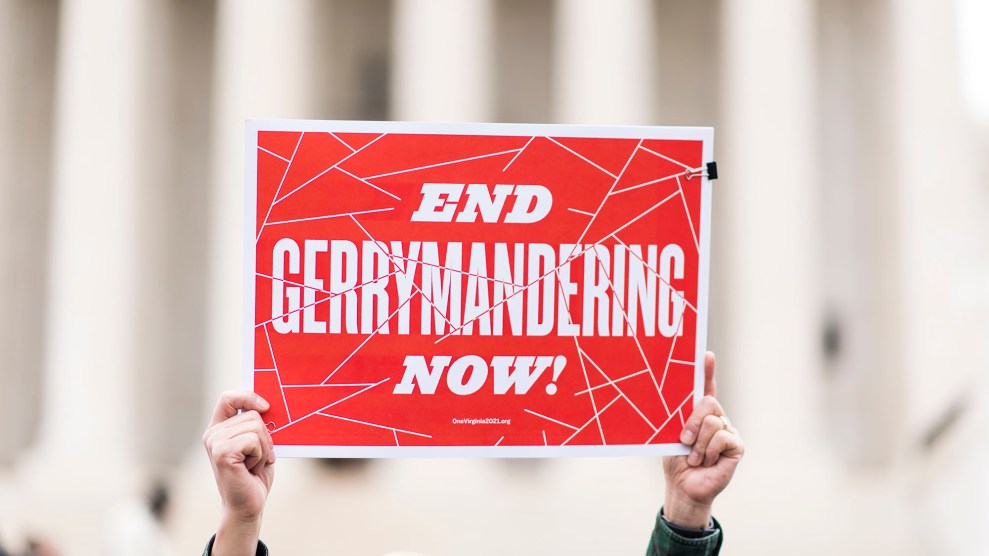 The Supreme Court dealt a big blow Monday to efforts to combat racial gerrymandering, approving Texas’ GOP-drawn political maps that had previously been found to discriminate intentionally against minority voters.

In a 5-4 ruling, the court upheld the state’s congressional and legislative maps, with the exception of the map of one state legislative district, which the court struck down for reducing the voting power of minority groups. The court’s decision overturns the findings of the federal district court in Texas, which had found not only that the Legislature had discriminated against minorities in drawing certain districts, but also that the discrimination was an intentional effort to “ensure Anglo control.” But the court’s conservative majority disagreed, reversing the district court’s finding of intentional discrimination.

Justice Sonia Sotomoyor issued a blistering dissent, joined by the other liberal justices. This decision “comes at serious costs to our democracy,” she wrote. “It means that, after years of litigation and undeniable proof of intentional discrimination, minority voters in Texas—despite constituting a majority of the population within the State—will continue to be underrepresented in the political process.”

The Texas case presented a quandary for the Supreme Court. In 2013, the court gutted the 1965 Voting Rights Act, eliminating the ability of the federal government to block state and local election laws that discriminated against minorities. In that case, Chief Justice John Roberts argued that the country had changed, and that the racism that had pervaded election practices since the civil rights movement had dissipated. Texas challenged that narrative. The state has lost nine racial discrimination voting cases since 2011, with multiple judges finding that the discrimination was intentional—including in the political maps at issue in this case.

The court’s decision Monday is in keeping with its 2013 ruling. Sotomayor wrote in her dissent that the majority “blinds itself to the overwhelming factual record…to allow Texas to use electoral maps that, in design and effect, burden the rights of minority voters.”

This latest battle over Texas’ political maps began shortly after the last redistricting period following the 2010 census. Texas’ population had ballooned over the previous decade due to the state’s rapidly expanding minority population, and nearly 90 percent of Texas’ 4.3 million new residents were Latino or African American. As the fastest-growing state, Texas received four new congressional districts. But when the Republican-controlled Legislature drew political maps the following year, it created four new districts that were largely controlled by white voters. Latino and African American rights groups sued over the new maps.

A federal court blocked the 2011 maps and hastily put in place a tweaked version ahead of the 2012 elections for Congress and the state Legislature. These maps were intended to be temporary. But as soon as the Supreme Court gutted the Voting Rights Act in 2013, Texas Republicans simply passed these temporary maps as the state’s new permanent maps. Minority rights groups, including the Texas branch of the NAACP and the Mexican American Legislative Caucus, challenged these maps, arguing that they retained the bias of the blocked 2011 maps they were based on. Last year, a district court in San Antonio agreed, finding in two separate rulings that the 2011 and 2013 maps intentionally discriminated by weakening the voting power of black and Latino voters.

Conservative justice Samuel Alito wrote the opinion for the majority in Monday’s ruling. In upholding Texas’ maps, he found fault in the district court’s analysis. “Whenever a challenger claims that a state law was enacted with discriminatory intent, the burden of proof lies with the challenger, not the State,” he wrote. “In redistricting cases, the ‘good faith of [the] state legislature must be presumed.'”

The court’s ruling will allow the Republican-drawn maps to remain in place through the 2020 elections, until the next round of redistricting takes place following the census that year. But even then, it could shape the next decade’s maps: The court’s ruling will likely be seen as an open invitation for Republicans to continue to weaken the voting power of minority, Democratic-leaning voters in Texas and across the country.