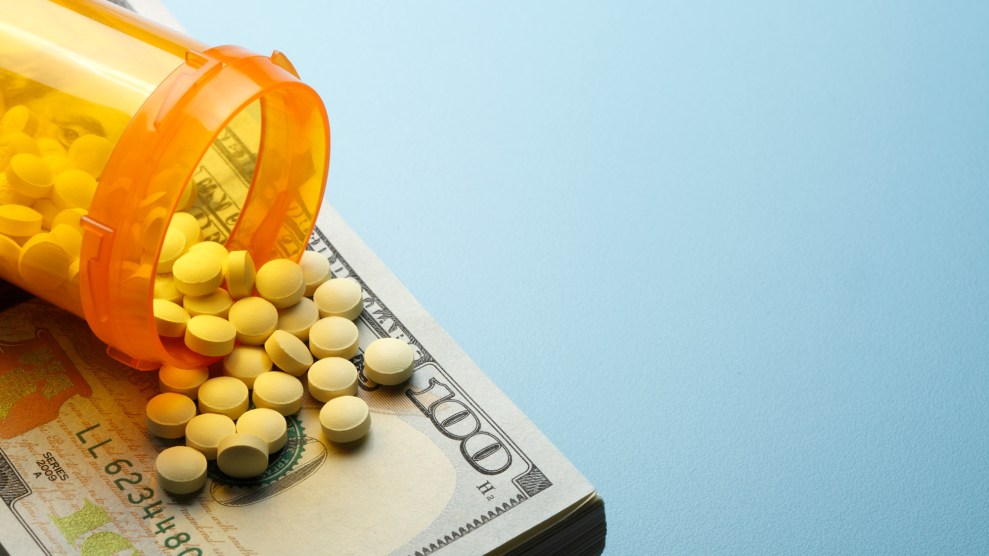 Last year, as Republicans in Congress were working to dismantle Obamacare, the California state Senate was headed in the opposite direction. Last June, Democratic lawmakers passed a bill that would have ended private health insurance in the state, replacing it with a publicly funded single-payer system that would cover medical costs for all residents.

The Healthy California Act, drafted by Democratic state Sens. Ricardo Lara and Toni Atkins, was an early skirmish in a growing fight for publicly funded health care. After the bill made headlines, “Health Care for All” emerged as a central progressive rallying cry. Presidential potentials like Sens. Kamala Harris and Cory Booker have signaled their support for single-payer health care, as have gubernatorial candidates Gavin Newsom in California, Cynthia Nixon in New York, and Ben Jealous in Maryland. Vermont Sen. Bernie Sanders and former Michigan Rep. John Conyers introduced single-payer bills in Congress.

“The election will likely be a referendum on single-payer more than on either man,” says Jamie Court, the president and chair of the nonprofit consumer protection group Consumer Watchdog. “If Poizner is standing against [single-payer] and Lara is standing for it, that is the core discrepancy between the two. It will be a moment to figure out what the California public really believes about single-payer.” Court thinks that while race could turn into a “real slugfest,” it will present an opportunity for a meaningful discussion of single-payer health care.

“The election will likely be a referendum on single-payer more than on either man.”

Dave Jacobson, Lara’s spokesperson, says the state senator is running largely because he believes that access to health care is a human right. Lara has said his perspective on health care is informed largely by his experience growing up as a poor kid who had to cross the border to Mexico to see an affordable doctor. He has pushed to extend the state’s Medi-Cal program for low-income residents to include undocumented immigrants. Had it become law, his Healthy California Act bill would have created a state panel charged with taking the legislative and financial steps to ween California off private health insurance.

Poizner argues that establishing a single-payer health care system in California would be prohibitively expensive and would disrupt the state’s tax balance. He also points out that reappropriating federal funds from Medicare and Medicaid would require a waiver from the White House. Instead of pursuing a single-payer agenda, he says he will launch a study of the existing $400 billion state health care system and will crack down on medical fraud. (His campaign did not respond to multiple requests for comment.)

In California’s June primary, Poizner bested Lara by about 66,000 votes. Lara has received endorsements from most of California’s Democratic and labor establishment, including Gov. Brown and Sen. Harris. Poizner won endorsements from the editorial boards of the San Jose Mercury News and the Sacramento Bee, which cited his previous experience as state insurance commissioner in the late 2000s.

Poizner raised about $860,000 in the six months leading up to the June vote. Lara brought in around $810,000 but also benefited from roughly $200,000 of independent spending, mostly on behalf of the California Democratic Party and the state’s LGBT legislative caucus.

Court says the insurance commissioner’s office has “pragmatically very little power, but it’s a bully pulpit.” While auto and life insurance fall under the office’s purview, regulatory oversight for health insurance in the state is divided among a patchwork of state agencies and commissions. But what the position lacks in regulatory teeth it makes up for in its broad mission to protect consumers and its visibility as a state executive position.

Lara’s single-payer bill was ultimately put on hold after Democratic leaders in Sacramento concluded it wasn’t economically feasible; State Assembly Speaker Anthony Rendon called it “woefully incomplete.” Gov. Jerry Brown agreed. Yet momentum for government-funded health care is growing in California. Newsom, the Democratic gubernatorial front-runner, is a vocal supporter of public health care and regularly points out that he helped implement a public system in San Francisco when he was mayor. Though she doesn’t share Sen. Harris’ enthusiasm for single-payer, Sen. Dianne Feinstein has embraced a “Medicare at 55” plan. In Republican-held congressional districts Democrats hope to flip in November, almost all the party’s candidates are running on progressive platforms revolving around public health care for all.

Stephanie Roberson, a legislative advocate for the staunchly pro-single-payer California Nurses Association, says the biggest impediment to single-payer in California is getting a critical mass of elected officials to push for it. “It’s not going to be a flip-of-the-switch and suddenly we have everybody covered,” she says. “We have to bring all parties—hospitals and providers and politicians—together to design the single-payer program. To get there, state leaders must have political will.”

“The national discussion will no doubt have a ripple effect down-ballot when it comes to state policy,” says Jacobson, Lara’s spokesperson. “The conversation isn’t going anywhere. It’s only going to accelerate and intensify.”