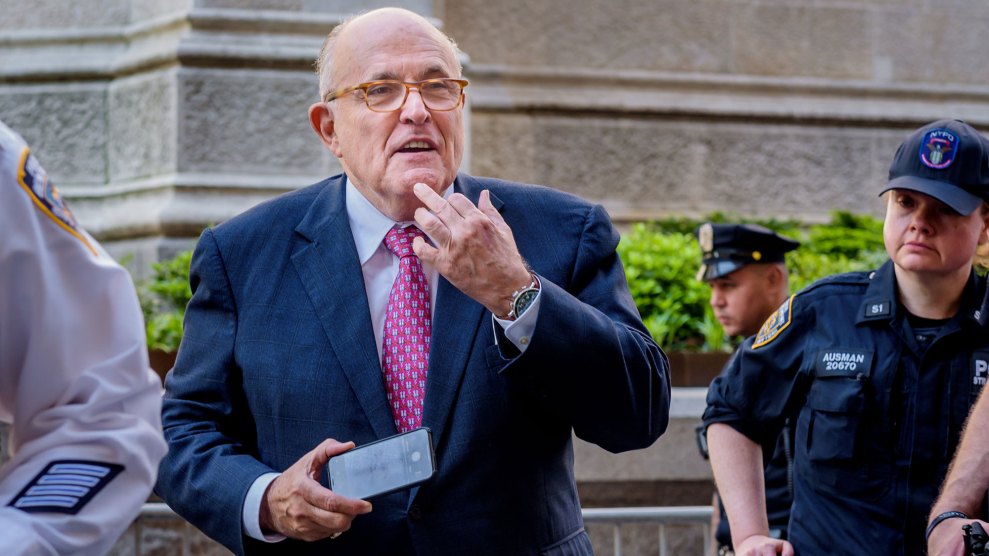 Rudy Giuliani is supposed to be on cleanup duty, but he keeps making a mess. In an interview with George Stephanopoulos on ABC’s “This Week,” the president’s personal attorney explained that it might be a bad idea for Trump to testify to special counsel Robert Mueller because his client’s story kept changing:

"This is the reason you don't let the president testify. Our recollection keeps changing, or we're not even asked a question and somebody makes an assumption." pic.twitter.com/DLQsGbfGhA

Giuliani was responding to questions specifically about the Trump team’s changing narrative regarding a 2016 meeting at Trump Tower with Russian nationals, as well as the president’s role in drafting a statement on behalf of his son, Don Jr., which falsely implied that the meeting was primarily about “adoptions.” Initially Trump counsel Jay Sekulow said the president hadn’t been involved in the statement; subsequently the Washington Post reported he’d helped dictate the statement; and on Sunday the New York Times reported that—per a memo drafted by the president’s lawyers—Trump had written the statement himself. As my colleague David Corn explained yesterday, the most recent revelation about the Trump Tower meeting is a big deal because it undercuts Don Jr.’s own testimony to Congress.

Not being able to keep a story straight doesn’t seem to be so much of a legal defense as a political one. Giuliani also sought to downplay the Mueller probe, saying that “apart from a couple guilty pleas nobody’s really been convicted yet.”