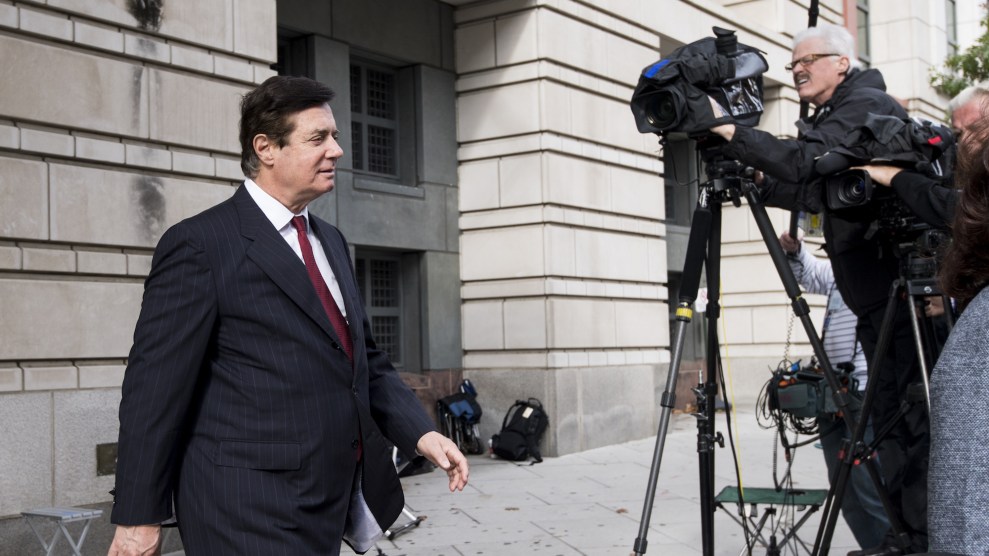 A federal judge ordered Paul Manafort on Friday to stay behind bars after special counsel Robert Mueller accused Manafort of witness tampering, the latest charge in a laundry list of allegations resulting from his lobbying in Ukraine on behalf of a pro-Russian politician.

Manafort is still awaiting trial in Washington on charges that include federal conspiracy and money laundering. Prosecutors allege that his undisclosed lobbying was part of a scheme to launder more than $30 million.

Manafort has not been sentenced. Yet, Trump tweeted the following shortly after his former campaign chairman was ordered to jail:

Wow, what a tough sentence for Paul Manafort, who has represented Ronald Reagan, Bob Dole and many other top political people and campaigns. Didn’t know Manafort was the head of the Mob. What about Comey and Crooked Hillary and all of the others? Very unfair!

The judge’s decision marks a stunning fall for the longtime Republican power broker, who was hired by the Trump campaign in March 2016 to help corral delegates for the eventual Republican nominee. After a power struggle with Corey Lewandowski, Trump’s first campaign manager, Manafort assumed the reins of the campaign before departing in August 2016 amid revelations of his foreign entanglements.

Mueller’s team said in court filings that between 2006 and 2015, Manafort advised former Ukrainian President Victor Yanukovych, who fled to Russia after the Ukrainian revolution in 2014.

US District Court Judge Amy Berman Jackson did not specify when Manafort would need to report to prison or where he would be held. Her order came “after Manafort had been asking to post a $10 million bond and end seven months of home detention,” according to the Washington Post.

Jackson said in court that she was required to show that Manafort posed a danger before ordering him to stay in jail. Even though she did not believe Manafort posed a violent threat, she said he met the legal requirement regardless. “The harm in this case is to the administration of justice,” she said. “The harm is to the integrity of this court.”

The judge rejected a request from Manafort’s attorneys for him to remain under house arrest but refrain from using electronic devices. (Manafort is accused of witness tampering by phone and text.) “This is not middle school,” she said. “I can’t take away his phone.”

Manafort has been confined to his home, but on June 4, Mueller accused him of attempting to sway witnesses into lying for him in court.