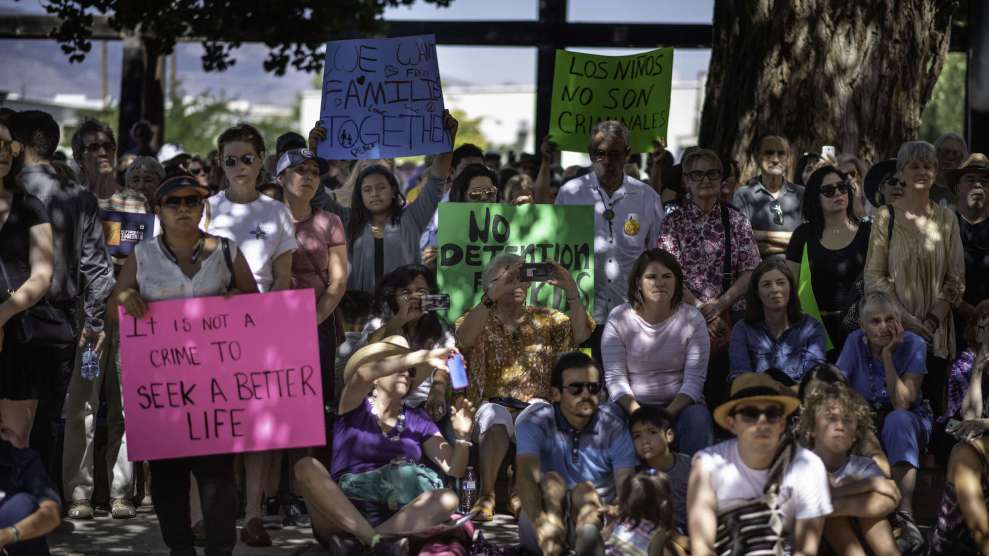 A demonstration on Saturday in New Mexico against the Trump administration's policy of separating parents from their children.Roberto E. Rosales/ZUMA

The Department of Homeland Security has released a report detailing how many children have been separated from their parents at the border and how many have been reunited with their parents. The report outlines steps officials are taking to attempt to reunite families but doesn’t guarantee that all of the families will be reunited.

According to DHS, of the 2,575 children who were separated from their parents, 522 have been reunited with their parents and 2,053 remain in federal custody. The children were taken from their parents as a part of the Trump administration’s “zero tolerance” initiative, in which the government criminally prosecutes adults who cross the border without authorization and in the process separates them from their children. After initially claiming he could not change the policy, President Donald Trump signed an executive order last week that amended it, although it’s not clear that family separations will fully end.

But the question of how to reunite parents and their children remains. US Immigration and Customs Enforcement says it has taken several steps to reunify families, including coordinating with the Department of Health and Human Services to connect children with their parents before deportation. But for some parents, it’s already too late. Arnovis Guidos Portillo, a 26-year-old immigrant from El Salvador, was deported on Thursday. His 6-year-old daughter remains in custody in the United States.

“I would advise anyone who wants to travel to the United States with their children not to do it,” Guidos told the Washington Post. “I would never want them to have to walk in my shoes.”

The DHS report states that “ICE and HHS will coordinate a review of their custodial data to identify where each child is located, verify the parent/child relationship, and set up regular communication and removal coordination, if necessary.”