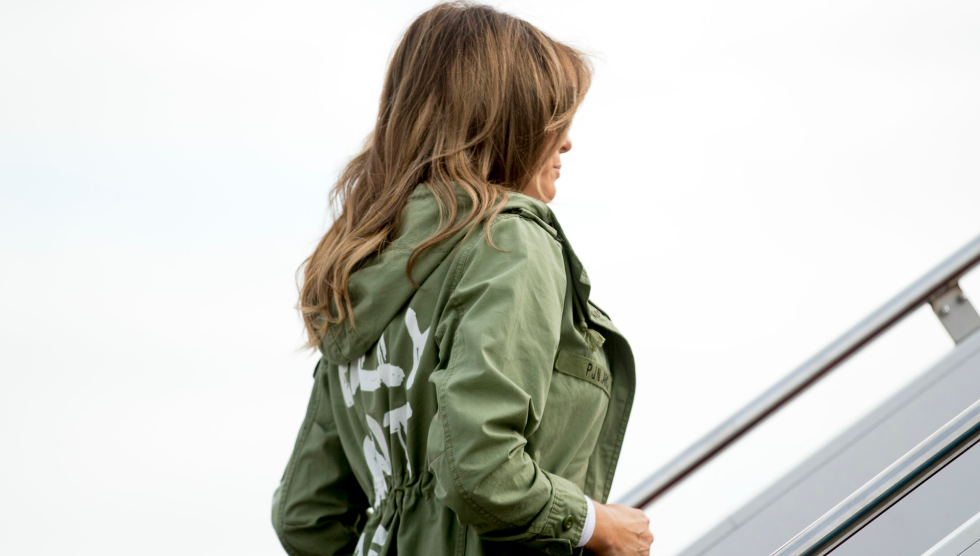 First Lady Melania Trump made a surprise visit to Texas on Thursday to take a first-hand look at the border crisis that has detained more than 2,300 children under her husband’s zero-tolerance immigration policy.

During her visit, she visited two facilities and shook hands with a group of detained children. But Trump’s concern for the migrant children was likely eclipsed by her apparel. The Daily Mail US reported that Trump, who is widely known for her carefully planned, high-fashion choices, was wearing a $39 Zara jacket with the words “I REALLY DON’T CARE, DO U?” written on the back. Many on social media initially expressed disbelief at the Mail‘s reporting—only to have it confirmed moments later by the first lady’s spokeswoman Stephanie Grisham, who noted that not only was the jacket real but that Trump did wear it to visit a detention center.

“It’s a jacket. There was no hidden message,” Grisham said in a statement. “After today’s important visit to Texas, I hope this isn’t what the media is going to choose to focus on.”

Melania Trump wears $39 jacket with 'I REALLY DON'T CARE, DO U?' to visit immigrant children at the border https://t.co/GrvF9zZtV0