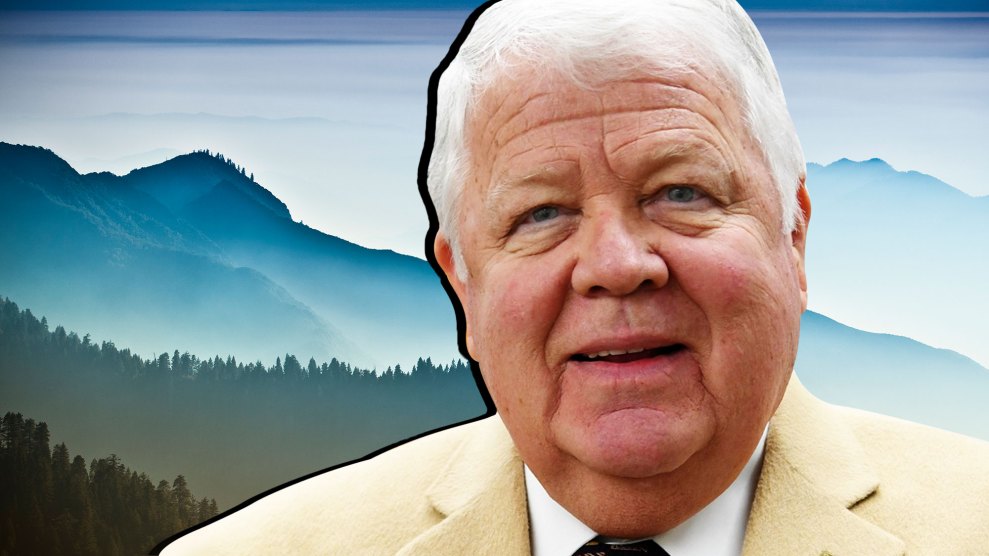 The Interior Department’s internal watchdog released a report Thursday describing an inappropriate gesture made by the National Park Service director in department headquarters. While Paul Daniel Smith is unlikely to be punished over the incident, the case highlights a systemic problem within the NPS over how to properly address complaints of workplace and sexual misconduct.

The incident took place days after Smith, the burly Vietnam veteran, was selected in January to lead over 20,000 employees across 417 national parks. He had reportedly been telling a story inside NPS’ Washington headquarters when he used his hand to “simulate urinating,” according to a summary of the report made public on Thursday. An anonymous Park Service employee filed a complaint to the Inspector General’s office, which opened an investigation in March, according to the Washington Post. Smith acknowledged to investigators that the gesture had been “inappropriate for the workplace” and apologized to employees in an email earlier this month. “As a leader, I must hold myself to the highest standard of behavior in the workplace,” he wrote. “I take my responsibility to create and maintain a respectful, collegial work environment very seriously.” The inspector general’s office referred Smith’s case to a senior adviser to Secretary of the Interior Ryan Zinke. His office did not respond to a request for comment.

“I take my responsibility to create and maintain a respectful, collegial work environment very seriously.”

Even before this recent incident, the NPS had an unsavory history of mishandling sexual misconduct complaints across its nearly 80 million acres of public land. According to a survey conducted by a Michigan-based contractor between January and March 2017, close to 40% of NPS staff said they had experienced some form of sexual harassment in the previous year. The most severe, highly-publicized allegations were released in an IG report from 2014 and span 15 years at the Grand Canyon’s River District. They include boatmen repeatedly propositioning female employees for sex and behaving in bizarre, threatening ways.

After his appointment last year, Zinke said he would be willing to “fire 400 people” to eliminate the culture of pervasive sexual misconduct within the Park Service, but critics say he has not followed up on his promise.

In March 2017, the IG’s office issued a report that detailed numerous instances of misconduct by Jorge Acevedo, a Park Service employee since 1995 who most recently had been the superintendent of the 25-acre De Soto National Memorial in Florida. He was accused of making unwanted advances toward a female employee and later admitted to investigators that his actions violated sexual harassment policy.

Despite the report uncovering evidence of Acevedo’s misconduct, he was given a $1,000 cash bonus and assigned to a “partnerships manager” role where he oversees no staff members but maintains the $82,000-per-year salary he collected as park superintendent. “If managers can do inappropriate things and then excuse themselves by apologizing, you’re not going to have much of a change in culture,” says Jeff Ruch, executive director of watchdog group Public Employees for Environmental Responsibility, which unmasked Acevedo as the subject of the IG’s report last year. The original report did not name him.

More recently, the DOI’s internal watchdog said James Milestone, the superintendent of Whiskeytown National Recreation Area in California, “violated ethics regulations” and routinely made “inappropriate gender-based remarks,” including one time where he allegedly advised a female employee going through a divorce to not turn into “one of those old maids that never have children.” Andrew S. Muñoz, a spokesman for the NPS, said in an emailed statement, “Milestone is currently in a non-supervisory temporary assignment outside the park while the agency weighs appropriate actions in response to the OIG’s findings.” In his capacity as NPS deputy director, Smith is the official who will ultimately decide Milestone’s fate.

A spokesperson for Smith’s office did not return a request for comment on Thursday’s report about his misconduct.