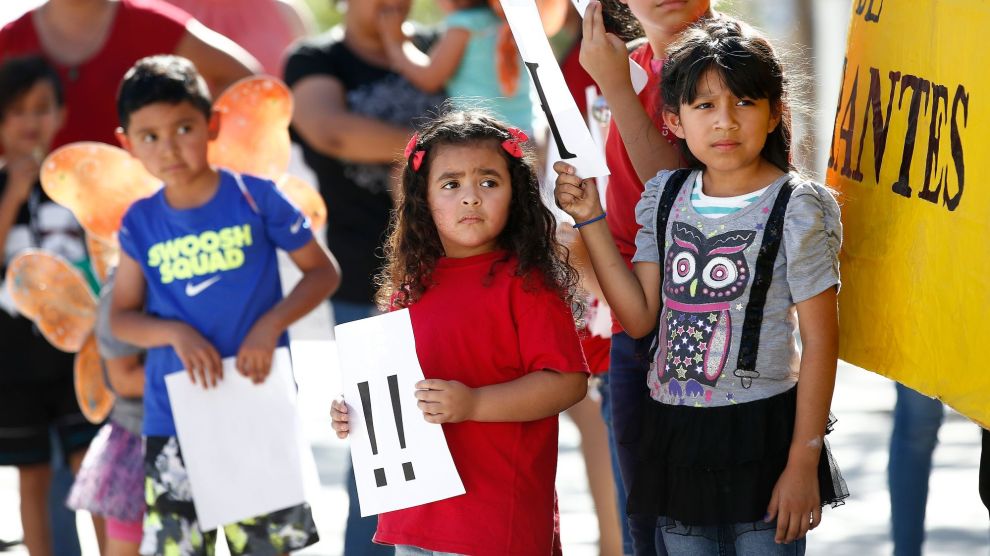 New documents filed in a federal court Friday reveal the heartbreaking toll that President Donald Trump’s family separation policy has taken on the thousands of migrant parents whose children have been taken from them. In extremely personal declarations submitted to the court, three migrant parents describe what it’s like to be separated from their kids, who are as young as two years old, using words like “anguish” and “torture.”

As Buzzfeed reports, their testimonials are part of a lawsuit filed in the US District Court for the District of Columbia by the three parents, who are hoping to be reunited with their children. Their statements were released publicly when their lawyers filed a motion asking for a temporary restraining order so that the parents can have “basic information about their children’s whereabouts and well-being,” as well as the chance to contact their children frequently.

The documents are gut-wrenching. One Guatemalan asylum seeker in the suit, who says she was separated from her 9-year-old son in mid-May, writes that she does not know where her son is beyond the fact that he may be in New York. The mother, known as E.F. in the court documents, writes in a translated statement that she has only been able to speak with her son in three five-minute calls since their separation:

My son isn’t able to give me much information about his circumstances because he is too young and too upset to understand what is happening. Every time we talk he only wants to know when he will see me again so it’s hard for him to focus on anything else.

Each time we have spoken he only cries. In the brief moments where he can speak he tells me he is ok and that he misses me very much.

My son used to be such a happy child who was always joking around with me. Now he just seems depressed—he doesn’t joke with me he only asks when we will see each other again and begs to be with me.

In another statement, a Honduran father known as A.P.F. describes being separated from his 12-year-old daughter in early June. (All the parents and their children are referred to by their initials in the lawsuit.) He writes that immigration officials told him his daughter was going to a place called Casa Hogar, but he has no other information about where she is. He writes:

Another Guatemalan mother, known in the documents as M.G.U., reports that she and her three children were held in a detention center in Dilley, Texas, for 14 days before being separated. Now, like the other parents, she writes that she does not know when she will be reunited with her sons, who are two, six, and 13 years old. “When I am able to call, G.V.G. is not able to give me information about his circumstances because he is only two years old and too young to communicate how he is,” the mother writes, referring to her youngest son. She continues:

Like every parent, I want all the information about my children. I want a video of where they are living. I want to know the therapists, the teacher, and all of the people that have contact with my children. Also, I have concerns about the school and I want to know how school is going.

Each minute that I do not have this information is anguish.

Each minute that I am separated from my children is anguish. I am never at ease without this information and without my children.

The documents also include statements from medical professionals describing the trauma caused when parents are separated from their children. Earlier this week, my colleague Rosa Furneaux and I reported that family separations can cause children and their mothers to experience post-traumatic stress symptoms for years.

Read all the documents here: