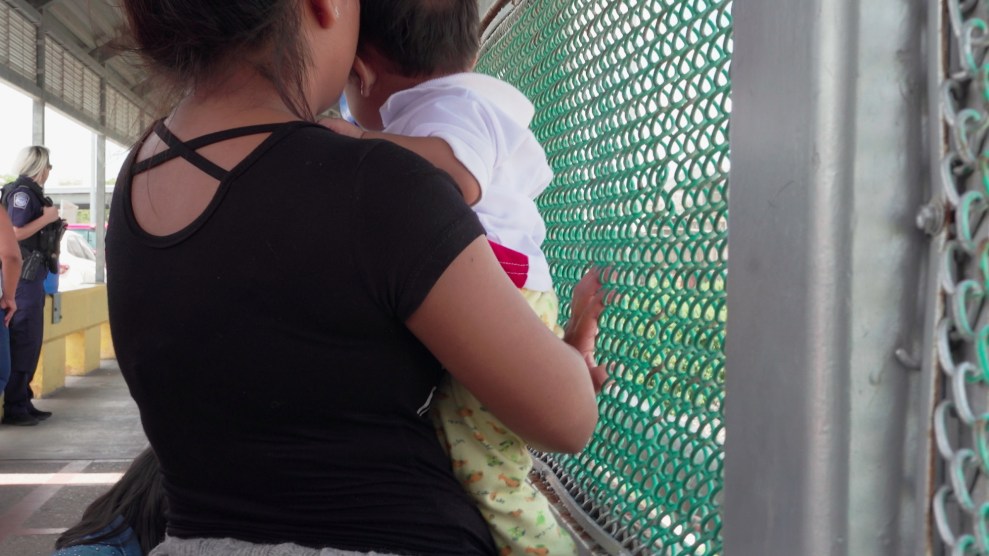 A Mexican woman has been waiting eight hours at the border in extreme heat to claim asylum with her two children and her niece, whose mother was murdered a month ago. So have two Guatemalan women who have no phones, money, or idea where they’ll stay tonight if they’re not allowed into the United States.

Our reporting team is with them. Mother Jones immigration reporter Noah Lanard and filmmaker Mark Helenowski spent time with these women at the border crossing between Brownsville, Texas, and Matamoros, Mexico, as they document the continuing crisis at the border.

The Trump administration finally ended its family-separation policy, but around 2,000 children remain separated from their parents. Meanwhile, administration officials have repeatedly said that immigrants with legitimate claims won’t face any problems if they come to official border crossings and apply for asylum. Yet many people like these women are being turned back or told to wait for long periods of time as the government claims capacity issues. For these people seeking safety in the United States, the promises of a chance to make their case for asylum ring hollow.

Here, Noah gives an overview of the border crisis, which he’ll be covering in detail in the days to come:

Our ace immigration reporter @nlanard and filmmaker @MarkHelenowski are on the ground at the border this week reporting on the aftermath of the Trump administration's separation policy and what's next for families. Be sure to follow along. pic.twitter.com/m33SPVwyQR