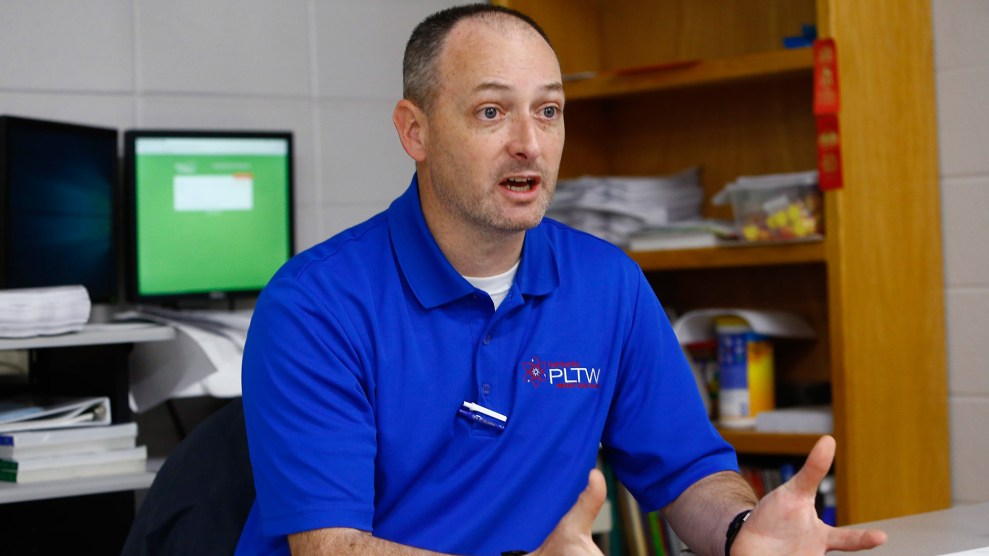 When Kentucky passed a plan this spring that threatened the pensions of its future educators, thousands of teachers rallied outside the statehouse in Frankfort. They reminded the lawmakers who supported the measure: “We’ll remember in November.”

First elected in 2012, Shell, a 30-year-old farmer, had been viewed as a rising star in Kentucky’s Republican Party. He became House Majority leader in 2017, just after Republicans seized control of the state House for the first time in 95 years. US Senate Majority Leader Mitch McConnell once called his Kentucky peer “one of the most important Republicans” in the state.

Then, in March, Shell helped his fellow Republicans craft a pension overhaul bill that, among other changes, eliminated guaranteed retirement benefits for new Kentucky teachers by shifting them into a “hybrid” plan. The legislation, tacked onto a sewage services bill, swiftly passed in the final days of the legislative session without public input.

Though the changes had little effect on current teachers—the bill limited the number of sick days that can go toward retirement benefits—the legislation’s passage and Gov. Matt Bevin’s signature prompted thousands of educators to rally at the statehouse against the new pension plan and call for more school funding. (State attorney general Andy Beshear and the Kentucky Education Association, the state’s teachers union, filed a lawsuit challenging the pension law.) Gov. Bevin came under fire for suggesting that the school closures resulting from the teacher protests endangered kids and led them to be at risk of physical and sexual abuse, though he apologized for the remarks a day later.

Brenda, who has been teaching for 20 years and is not a member of the state’s teachers union, campaigned against the pension bill, telling the Lousiville Courier Journal that his opponent had lost support from his constituents. Unlike Shell, who, the Courier Journal reported, raised more than $131,000 in campaign contributions, Brenda raised only about $16,000. So when the election results started trickling in on Tuesday, many were surprised when Brenda won. He will now face Democrat Mary Renfro, a real estate agent and school board member, in November’s election.

“Not just the educators but all state employees are rising up, and we’re not going to let things be done to us,” Brenda said.

Lawmakers up for reelection in 2018 are bracing themselves for especially competitive challenges as dozens of current and former educators, hoping to capitalize on frustration against current leadership, have filed for state office. In Kentucky alone, at least 40 current or former educators are vying for seats in the state legislature this year. Of the 20 that had primaries on Tuesday, 12 won, according to NPR.

Brenda chalked up his victory in part to the support he received from teachers. “They picked on the wrong group,” Brenda told the AP on Tuesday. “Not just the educators but all state employees are rising up, and we’re not going to let things be done to us.”