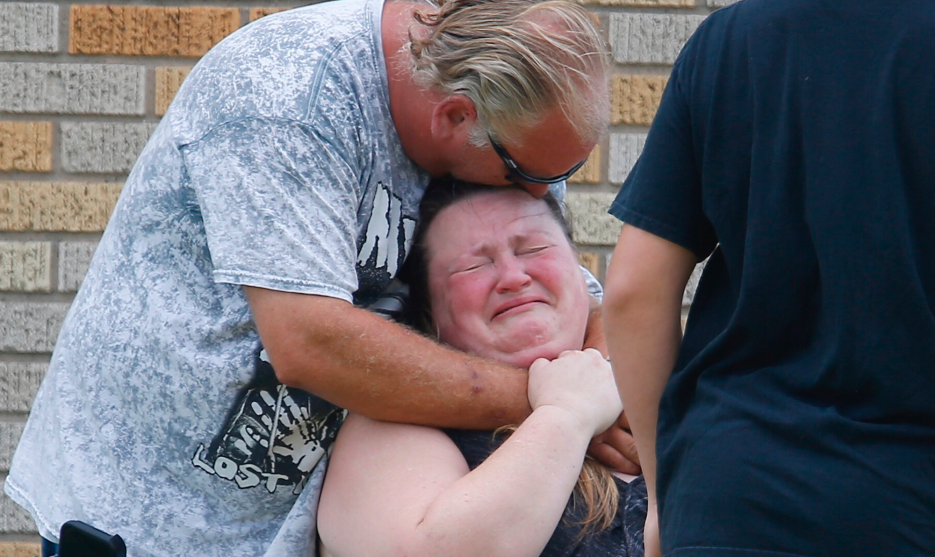 Three months after a gunman killed 17 people at Marjory Stoneman Douglas High School, the shooting’s teenage survivors turned to offer their support to the victims of Friday’s mass shooting  at Santa Fe High School in Texas.

Authorities had just confirmed that at least eight people, most of them students, were killed on Friday morning at the high school outside of Houston. One suspect and an additional person, both students, were taken into custody.

Santa Fe High, you didn’t deserve this. You deserve peace all your lives, not just after a tombstone saying that is put over you. You deserve more than Thoughts and Prayers, and after supporting us by walking out we will be there to support you by raising up your voices.

To all Santa Fe students and staff, Parkland stands with you and your community. My DMs are open if you’d like to talk. I’m going to try to answer all of them. I’m so so sorry, my community and I are absolutely heartbroken.

Today is my last day of school at Marjory Stoneman Douglas high and I find out there’s been a shooting in Texas at Santa Fe high school. My heart aches for them. 💔

Donald Trump does not care about school shootings.

Donald Trump does nothing to stop school shootings.

Don’t talk to me about the ‘stop school violence act,’ because that does nothing to stop school shootings.

Donald Trump does not care about you or your kids getting shot.

David Hogg, the Marjory Stoneman Douglas senior who quickly became one of the more outspoken advocates for gun control in the wake of February’s massacre, predicted a wave of lawmakers would use the Santa Fe High School shooting for their political advantage, but not act on guns.

We are fighting for you.

Get ready for two weeks of media coverage of politicians acting like they give a shit when in reality they just want to boost their approval ratings before midterms.

Many on social media were quick to point out that Santa Fe students had themselves participated in rallies calling for increased gun control measures in the wake of the Parkland, Florida shooting, and documented their actions on social media.

@schoolwalkoutUS Santa Fe High School. Santa Fe, Texas. #NeverAgain We read a poem by a parkland survivor, handed out gun violence fact sheets and orange ribbon, did 17 minutes of silence, and then talked about ways to raise awareness for gun violence, and make your voice heard. pic.twitter.com/UiIwVVw75q

President Donald Trump had a strikingly different reaction on Friday, taking to Twitter to remark that the situation in Texas was “not looking good” as law enforcement officials were still working to confirm details of the shooting. At a separate event dedicated to criminal justice reform, the president briefly lamented that school shootings have been “going on for too long,” adding that it had become a “very, very sad” day.

“We’re closely monitoring the situation and federal authorities are coordinating with local officials,” Trump said. “This has been going on too long in our country, too many years, too many decades now. We grieve for the terrible loss of life.”

Two weeks prior, Trump headlined the National Rifle Association’s annual convention, where he claimed before a roaring crowd that “Second Amendment rights are under siege.” The president’s speech eliminated any hopes that he would act on his pledge to take on the gun lobby in the wake of February’s shooting in Parkland, Florida.

Vice President Mike Pence, who introduced Trump at the NRA event, said that the Santa Fe students were in his “prayers.”