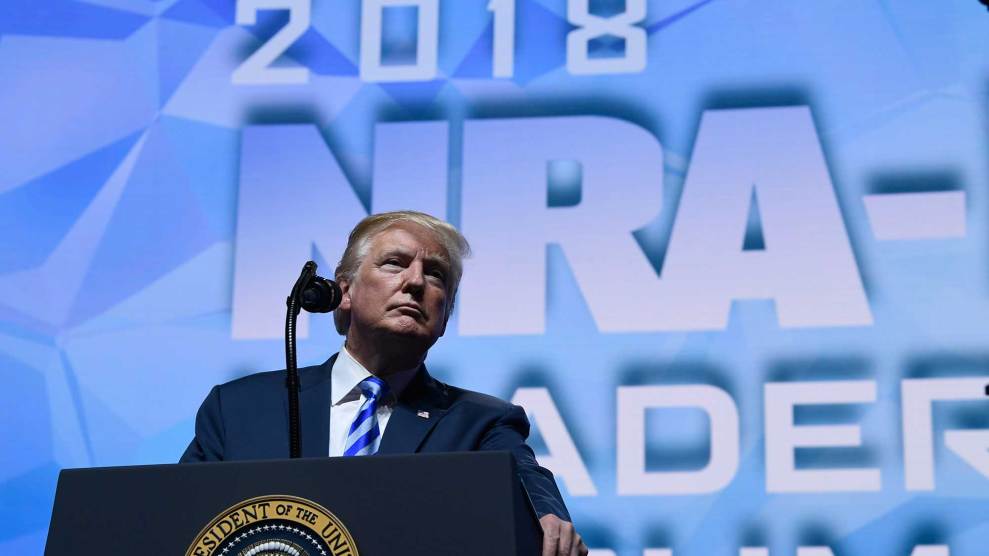 President Donald Trump speaks at the National Rifle Association convention in Dallas, on May 4.Susan Walsh/AP

Late Friday night, Oklahoma Gov. Mary Fallin vetoed a bill that would have let adults carry guns without training or a permit, striking a blow to the National Rifle Association in a deeply conservative state.

“Oklahomans believe that law-abiding individuals should be able to defend themselves,” Fallin said in a statement. “I believe the firearms requirement we currently have in state law are few and reasonable.”

The bill would have allowed Oklahomans to carry a handgun without a state-issued permit, like in a dozen other states with “constitutional carry” provisions. The measure drew opposition from businesses and law enforcement officials, who warned that it could threaten public safety.

“I believe the firearms laws we currently have in place are effective, appropriate, and minimal.”

In her statement Friday, Fallin reiterated her support for the right to bear arms, noting that she had previously signed bills on open and concealed carry. The Republican governor, whose stint in office ends this year, warned that the bill would eliminate “the current ability of Oklahoma law enforcement to distinguish between those carrying guns who have been trained and vetted, and those who have not.”

“I believe the firearms laws we currently have in place are effective, appropriate, and minimal,” she said.

Chris Cox, executive director for the NRA’s Institute for legislative action, criticized Fallin for vetoing the bill despite her promise to support “constitutional carry” legislation in 2014. “Make no mistake, this temporary setback will be rectified when Oklahoma residents elect a new, and genuinely pro-Second Amendment governor,” Cox said in a statement.

On the same day, Fallin signed a bill that would offer protections for faith-based agencies that refuse to let same-sex couples adopt children because of their religious beliefs. LGBT groups blasted the decision, warning that the measure could open the door to discrimination. At least one group threatened to sue.