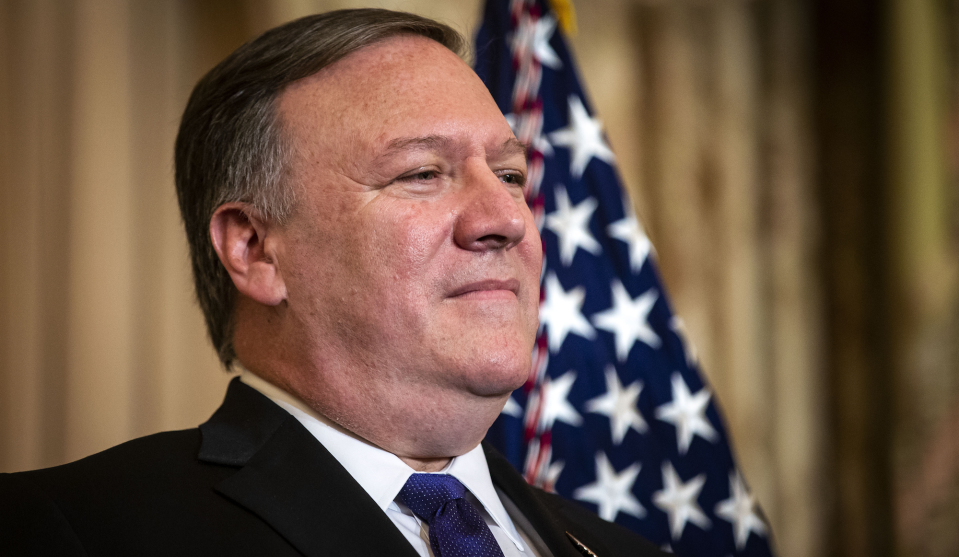 The three Americans detained in North Korea have been released and are making their way back to the US with Secretary of State Mike Pompeo, President Donald Trump announced on Twitter Wednesday morning. The move comes as Trump and North Korean leader Kim Jong-Un finalize plans to meet to discuss terms to officially ending the Korean war and denuclearize North Korea.

The president said that the three men appeared to be in “good health” and that he looked forward to meeting them.

I am pleased to inform you that Secretary of State Mike Pompeo is in the air and on his way back from North Korea with the 3 wonderful gentlemen that everyone is looking so forward to meeting. They seem to be in good health. Also, good meeting with Kim Jong Un. Date & Place set.

Secretary Pompeo and his “guests” will be landing at Andrews Air Force Base at 2:00 A.M. in the morning. I will be there to greet them. Very exciting!

Trump’s tweets repeated the administration’s claim that a date and time for the summit have been set, although he again did not provide any additional details.

Last week, Trump falsely asserted that the Obama administration had failed to secure the release of the three men, when only one of men, Kim Dong-Chul, had even been imprisoned during Obama’s presidency. Two of the men, Kim Hak-Song and Tony Kim, were detained after Trump’s inauguration in January 2017.

Trump’s announcement comes one day after Trump officially withdrew the US from the Iran nuclear deal, a decision his predecessor condemned as “so misguided.” Obama argued that Trump’s Iran decision “risks losing a deal that accomplishes” what the US is aiming to do with North Korea.

As everybody is aware, the past Administration has long been asking for three hostages to be released from a North Korean Labor camp, but to no avail. Stay tuned!