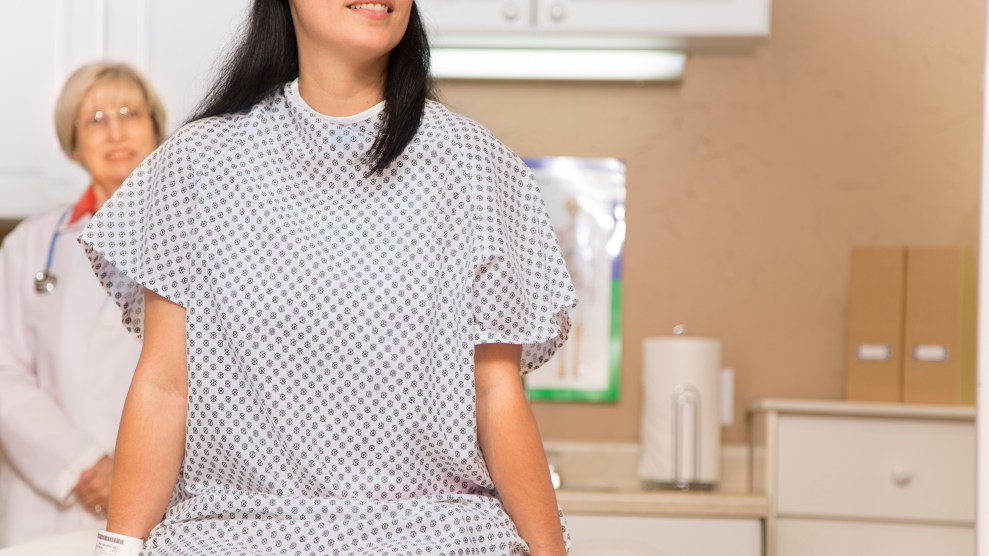 New research reveals that women who have an abortion are not in fact more likely than women who were denied abortions to experience thoughts of suicide.

Researchers at Advancing New Standards in Reproductive Health (ANSIRH), a collaborative research group at the University of California, San Francisco, studied 956 women over five years, all of whom sought abortions and went to abortion clinics in 30 states. 231 of the women studied were turned away because they were not eligible for the procedure; of the 452 who had an abortion, 273 of them were in their first trimester. The study was published Thursday in the American Journal of Psychiatry.

“There’s a general view based on flawed literature that abortion increases women’s risk of mental health harm including suicidal ideation, and that view has been the basis of some of the mandated counseling laws and informed consent laws and mandated waiting laws,” Dr. Antonia Biggs, the lead author on the study, tells Mother Jones. “Some of those educational informational materials are not based on the highest quality evidence and this study improves on much of the existing literature on this topic.”

In eight states, women who seek an abortion must undergo counseling before the procedure that includes information on “possible psychological responses to abortion stress” and “negative emotional responses,” according to the Guttmacher Institute. At least five states—Texas, Indiana, Louisiana, Utah, West Virginia—give literature to women seeking an abortion that specifically claims the procedure heightens their risk of suicidal ideation.

This data is the latest to be published from ANSIRH’s Turnaway Study research. A previously published installment found that women who are denied an abortion may face higher short-term risk for mental health problems. They also face greater socioeconomic challenges—women who are turned away when seeking an abortion are four times more likely to end up below the federal poverty level and three times more likely to become unemployed.

“I think that there is a lot of misinformation out there and a lot of myths about abortion and efforts to dissuade women from abortion and restrict their right to an abortion,” Biggs says. “I would hope that this paper would help to inform evidence-based policies.”