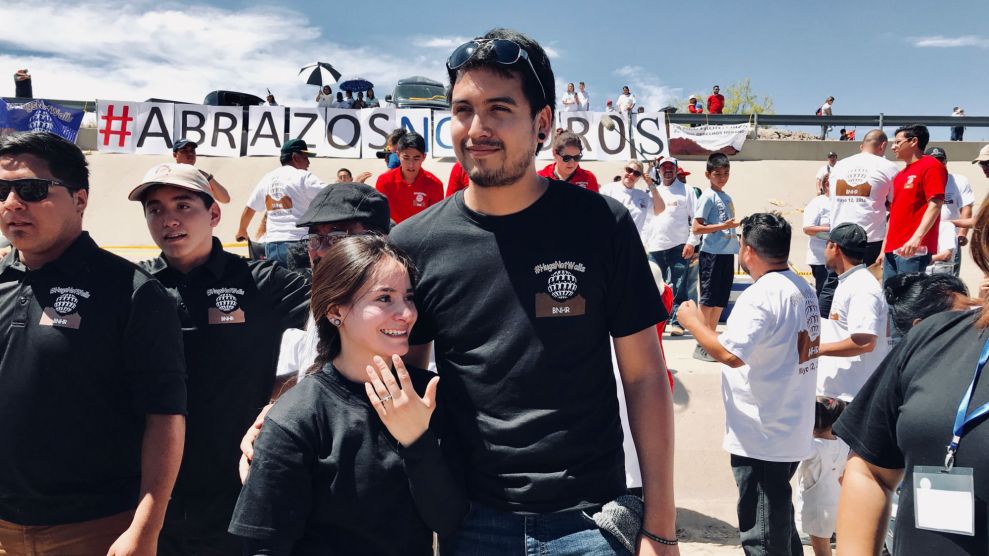 They had four minutes. On Saturday, Martin Giovanni Portillo proposed to his girlfriend, Daisy Arvizu, in front of family.

But there was no time to spare. Standing in a dry riverbed of the Rio Grande on the US-Mexico border, Portillo, a US citizen, had to do it quickly. Every year, a nonprofit in El Paso, Texas, organizes a “Hugs Not Walls” event that allows families to temporarily reunite while US Border Patrol agents keep watch. Flanked by her family from Mexico, Arvizu, a DACA student, said yes—and as the Dallas Morning News reports, showed her ring to a proud dad and family.

Then their four minutes was up. Border Patrol authorities separated the US-based couple from her father and other relatives from Ciudad Juárez. Another family could reunite now—but only for four minutes.

Recharge is a weekly newsletter full of stories that will energize your inner hellraiser. This week, we feature people who improve the lives of others, seek justice, and work around obstacles to create a better world. Sign up at the bottom of the story.

That’s it for this edition! We hope Recharge helps you in the week ahead—and brings out the hellraiser in you. Have a tip or a link? Email us at recharge@motherjones.com. And make sure you sign up for this newsletter below.