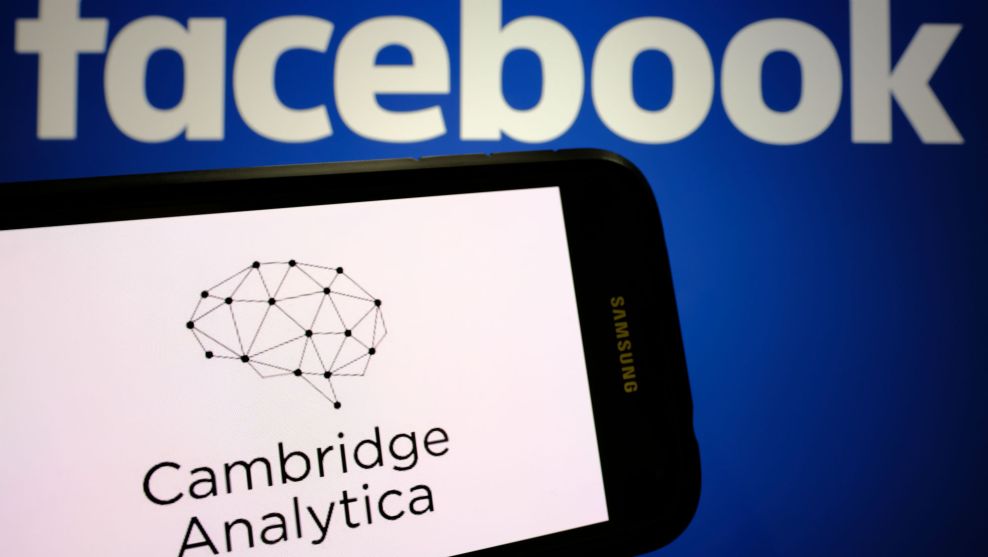 The FBI and Department of Justice have opened an investigation into Cambridge Analytica, the pro-Trump data company that surreptitiously obtained Facebook data from tens of millions of Americans. Cambridge announced earlier this month that it was shutting down after facing heated criticism and legal scrutiny in both the United Kingdom and the United States.

The New York Times reported on Tuesday that federal investigators have begun interviewing former employees of the company, which was launched in 2013 and 2014 with backing from the conservative hedge-fund mogul Robert Mercer. According to the Times, the probe is in its early stages and “appears to focus on the company’s financial dealings—investigators have reached out to the company’s banks, for instance—and how it acquired and used personal data pulled from Facebook and other sources.” The story cites “an American official and other people familiar with the inquiry” as its sources.

The Times also reported that Brian Kidd, the assistant chief of the Justice Department’s securities and financial fraud division, is involved in the investigation, as is at least one FBI agent who specializes in cybercrime. The UK’s National Crime Agency is also investigating Cambridge.

Christopher Wylie, the former Cambridge employee who went public in March with details of how the company harvested the personal data of tens of millions of people, told the Times that he had “been contacted by the FBI and the Department of Justice, and answered preliminary questions.”

“We plan to meet again to provide substantive answers to the investigators,” Wylie added.

Congressional hearings on Cambridge and its use of Facebook data in elections continue on Wednesday, when Wylie is scheduled to testify before the Senate Judiciary Committee.