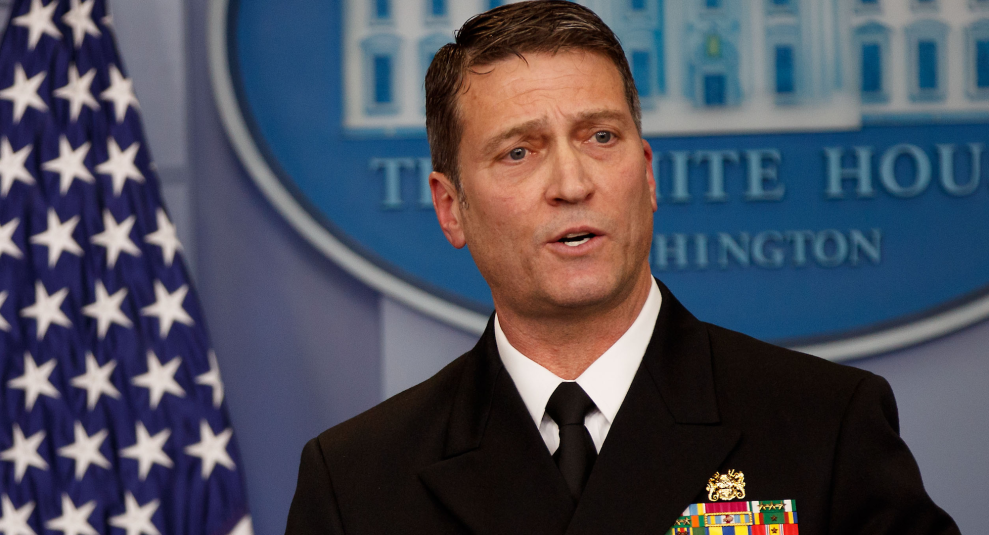 “Admiral Jackson has been on the front lines of deadly combat and saved the lives of many others in serve to this country,” a statement from White House deputy press secretary Hogan Gidley read. “He’s served as the physician to three Presidents—Republican and Democrat—and has been praised by them all.”

The expression of support came shortly after a Senate committee announced that it was indefinitely postponing Jackson’s confirmation hearings—which were originally scheduled to start Wednesday—as lawmakers became aware of the accusations. The exact nature of the allegations have not been confirmed, but CBS News reported late Monday that they included claims of “excessive” drinking on the job, “improperly dispensing meds,” and that he had created a “hostile work environment.” (The New York Times separately confirmed those allegations later on Tuesday.) It is unclear if the allegations came from current or previous White House medical staff.

The statement from the White House Tuesday appeared to hit at such concerns, adding that “Admiral Jackson’s record of strong, decisive leadership is exactly what’s needed at the VA to ensure our veterans receive the benefits they deserve.”

This new information threatens to upend an already fraught nomination, with both Republicans and Democrats having voiced serious concerns over Jackson’s lack of management experience to helm one of the most troubled agencies in federal government. (Jackson was a combat surgeon in Iraq and has worked at the White House for 12 years, serving under former presidents George W. Bush and Barack Obama.)

Trump’s decision last month to replace his Veterans Affair secretary with Jackson reportedly did not involve any proper vetting normally reserved for a cabinet position. Jackson first received national attention in January after delivering a glowing report on Trump’s physical and mental health.