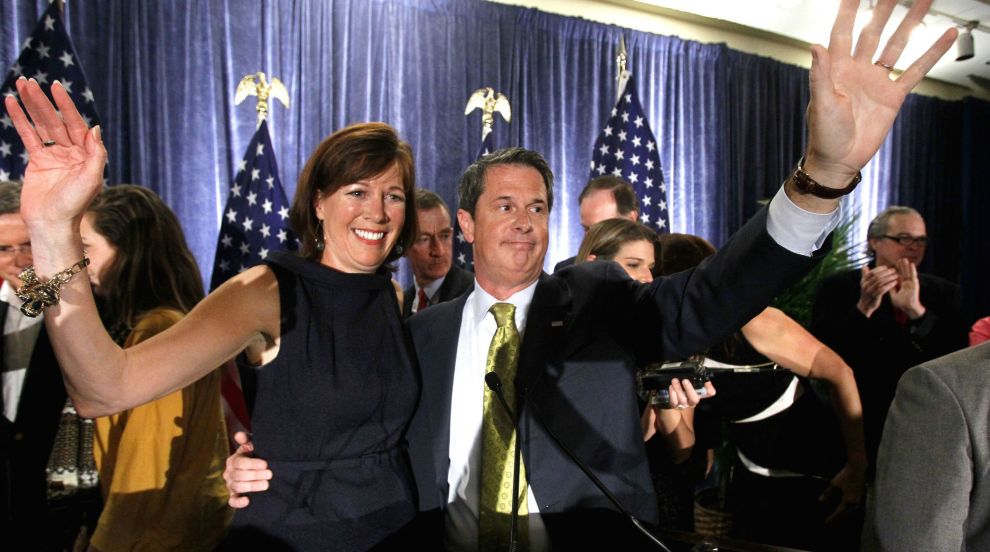 As Senate Republicans continue their work pushing federal judicial nominees forward, one in particular is drawing special attention this week: Wendy Vitter, President Donald Trump’s nominee for a district court in eastern Louisiana. She will testify before the Senate Judiciary Committee on Wednesday morning, and will likely face questions about her history of anti-abortion advocacy and about speaking at pro-life events that she failed to disclose on her Senate questionnaire, a form that nominees are required to submit as part of the confirmation process.

Her background has alarmed some reproductive rights advocates—especially Planned Parenthood, which took out a five-figure national ad campaign on Facebook and Twitter condemning the nominee. “Vitter’s record of opposing women’s health and rights is far outside the mainstream,” said Dana Singiser, Planned Parenthood’s vice president of public policy and government affairs, in a statement. “By promoting fake science and misinformation as fact, [she] has proven that she doesn’t have the judgment needed for a lifetime seat on the federal bench.”

Planned Parenthood tells Mother Jones that its push to mobilize supporters against Vitter includes a petition calling the Senate to reject her nomination. According to the organization, it already has more than 20,000 signatures.

Since 2012, Vitter, the wife of former Louisiana Republican Sen. David Vitter, has served as the general counsel to the Archdiocese of New Orleans, and has been pretty open about her views on reproductive health. In 2013, at an event hosted by Louisiana Right to Life, Vitter praised states with restrictive abortion laws. “Last year, Texas led the nation in some very pro-life, restrictive laws led by a very strong governor,” Vitter said at an “Abortion Hurts Women’s Health” panel. “They are making great strides in making it very difficult to get abortions in Texas.”

At the same event, Vitter encouraged attendees to take seriously the views of another anti-abortion advocate, Angela Lanfranchi, who spoke to the audience about how “contraceptives cause cancer.” Vitter also promoted Lanfranchi’s brochures that claimed taking birth control increases women’s chances of dying a violent death.

“Go to Dr. Angela’s website…download [the brochure], and at your next physical, you walk into your pro-life doctor and say, ‘Have you thought about putting these facts or this brochure in your waiting room?'” Vitter asked the audience.

That a Trump nominee is staunchly pro-life is not surprising—anti-abortion beliefs have become part of an unspoken litmus test for Trump’s federal judicial nominees. But what is less common is failing to make full disclosures in the Senate questionnaire, which asks nominees to provide extensive information on their affiliations with political groups and past public statements. Vice, which was the first to report in early March that Vitter did not disclose her participation in the right-to-life event to the Senate Judiciary Committee, noted that Vitter also failed to disclose two other speeches—including one at a May 2013 rally, where she spoke against the construction of a Planned Parenthood clinic in New Orleans. “Planned Parenthood says they promote women’s health,” Vitter said, according to New Orleans’ Clarion Herald. “It is the saddest of ironies that they kill over 150,000 females a year.”

Sen. Dianne Feinstein (D-Calif.), the ranking member of the Senate Judiciary Committee, was displeased with Vitter’s questionnaire omissions: “I’m concerned that failures to disclose relevant information and materials to the committee are becoming a pattern under this administration,” she said in a press release in early March. Feinstein also noted that Brett Talley, a controversial district court nominee who also failed to disclose information in his questionnaire, has since had his nomination dropped by the White House.

Planned Parenthood isn’t alone in sounding the alarm on Vitter. Rachel Easter, counsel on the reproductive rights and health team at the National Women’s Law Center, tells Mother Jones, “This is a person who has a truly horrendous record on women’s healthcare.” Vitter, she adds, “has gone after Planned Parenthood health clinics. And we know that Planned Parenthood clinics are frequently involved in litigation and they have serious reason to question whether they could get a fair and impartial hearing if Wendy Vitter were confirmed.”

Vitter’s nomination was first announced back in January. After today’s testimony, her nomination will be voted on by the Judiciary Committee and, if voted through, by the full Senate. In addition to nominees already pending in the process, Trump announced his twelfth wave of nominees on Tuesday, continuing his mission to remake the judiciary in his own image.