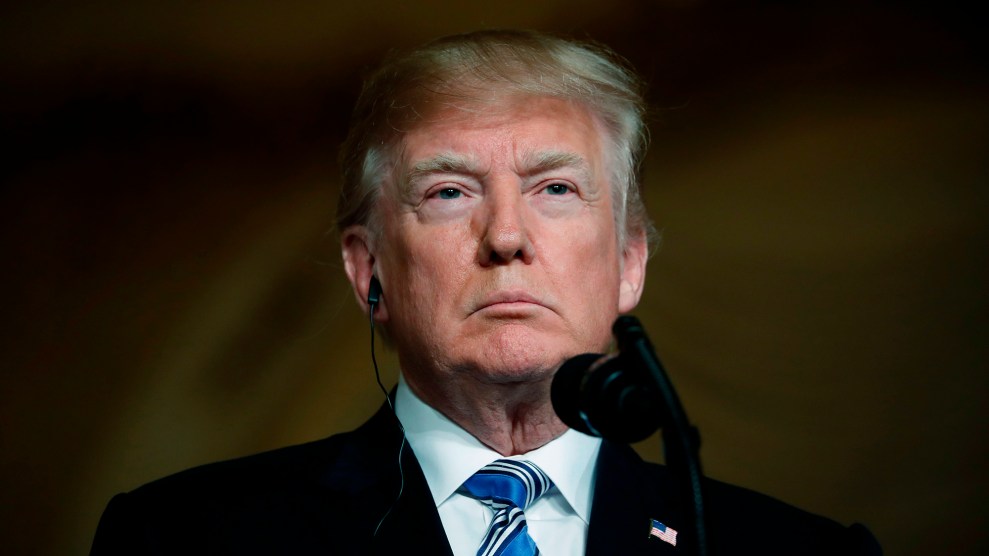 President Donald Trump on Saturday announced on Twitter that he is considering granting a posthumous pardon to the late boxing legend Jack Johnson after speaking with actor and filmmaker Sylvester Stallone.

Sylvester Stallone called me with the story of heavyweight boxing champion Jack Johnson. His trials and tribulations were great, his life complex and controversial. Others have looked at this over the years, most thought it would be done, but yes, I am considering a Full Pardon!

Trump’s tweet showcases his presidential power to pardon at a time when several men close to him are facing significant legal troubles.

The son of former slaves, Johnson was born in 1878 and was the first black man to ever hold the title of world heavyweight champion—he had a four-year winning streak against high-profile white boxers during the age of Jim Crow. In 1912 he was convicted by an all-white jury and incarcerated for traveling with his lover, an 18-year-old white woman, in violation of a law at the time prohibiting the transport of white women across state lines for “immoral purposes.”

More than a century later, Johnson’s relatives asked former President Barack Obama to pardon the champion, but the Justice Department declined, noting on its website that the general policy was not to accept applications for posthumous pardons for people convicted of federal crimes.

“Mr. Johnson’s conviction was motivated by nothing more than the color of his skin,” Sen. John McCain of Arizona and Rep. Peter King of New York wrote in a letter to Obama in 2009. “As such, it not only injured his family, but also our nation as a whole.”

So far, Trump has pardoned three people during his presidency, including former Arizona sheriff Joe Arpaio and, most recently, Lewis “Scooter” Libby, a chief of staff to former Vice President Dick Cheney.