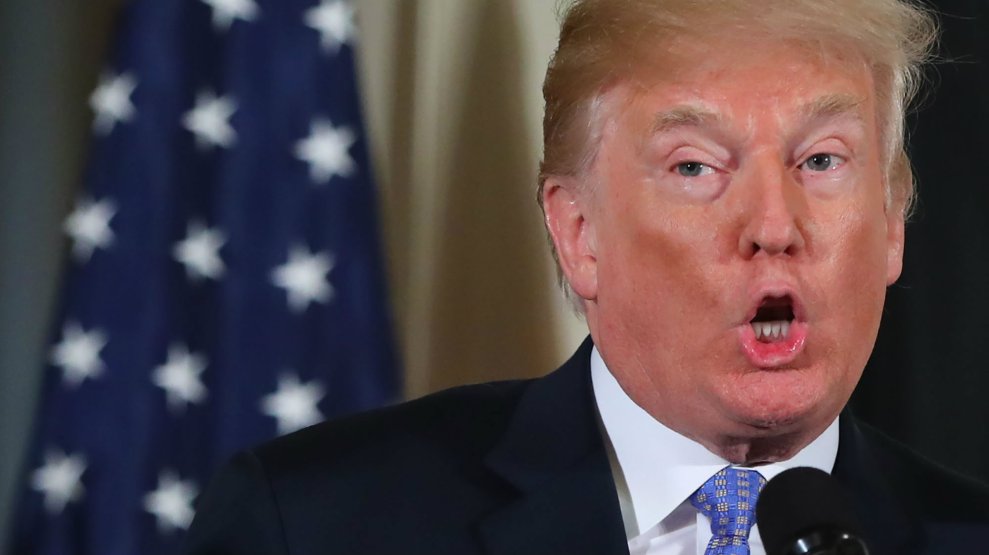 President Donald Trump called on Montana Sen. Jon Tester to resign in a pair of early Saturday morning tweets following a White House statement disputing Tester’s accusations against Ronny Jackson, Trump’s pick for Secretary of Veterans Affairs. Jackson, a White House physician, withdrew from the running for VA Secretary on Thursday under pressure over claims of serious on-the-job misconduct, including allegations that Jackson inappropriately dispensed medications and wrecked a government vehicle in a drunk-driving incident. Tester, the ranking Democrat on the Senate Veterans Affairs Committee, went public with the allegations against Jackson this week.

Trump called the claims “phony Democrat charges” and said Jackson’s reputation had been “shattered” because of them.

Allegations made by Senator Jon Tester against Admiral/Doctor Ron Jackson are proving false. The Secret Service is unable to confirm (in fact they deny) any of the phony Democrat charges which have absolutely devastated the wonderful Jackson family. Tester should resign. The…..

….great people of Montana will not stand for this kind of slander when talking of a great human being. Admiral Jackson is the kind of man that those in Montana would most respect and admire, and now, for no reason whatsoever, his reputation has been shattered. Not fair, Tester!

The White House defended Jackson—who was appointed to his role by President Obama and retained by Trump—against at least one of the report’s claims on Friday, noting that a search of White House databases found no record of a drunk driving incident involving Tester; instead, the White House found that Jackson had been involved in three accidents but was not found at fault in any of them. The White House had already defended Jackson against similar attacks earlier in the week. A number of former Obama aides also came to Jackson’s defense this week.

Despite Trump’s singling out of Tester on Saturday, significant Republican opposition had also been mounting against Jackson’s nomination, including from Senator Johnny Isakon of Georgia, the Republican chairman of Veterans’ Affairs Committee, who signed a joint statement with Tester calling for Jackson’s record to be investigated.

Through a spokesperson, Isakon said on Saturday that he was comfortable with how Jackson’s nomination was handled by his committee.

In response, a spokeswoman for @JohnnyIsakson, GOP chair of VA committee: “Senator Isakson has a great relationship with Senator Tester. He doesn’t have a problem with how things were handled. I don’t know for sure but highly doubt he’s seen the president’s tweets this morning.” https://t.co/8AGjhmLNdb