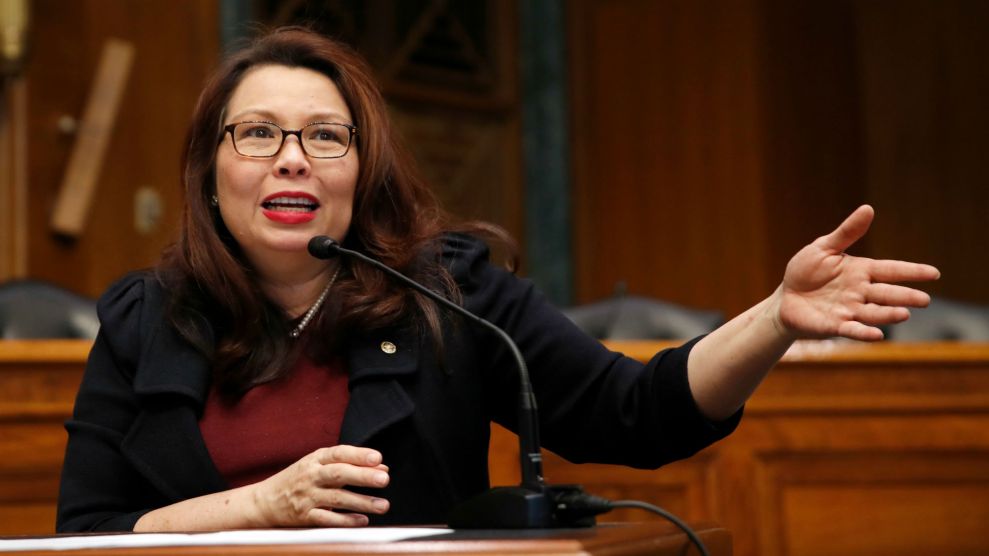 Late on Wednesday night, the Senate took the rare step of voting to change its own rules to allow infants who are less than 1-year old onto the chamber floor during votes.

The move was championed by Sen. Tammy Duckworth (D-Ill.), who gave birth this month to a baby girl. In doing so, Duckworth became the first sitting Senator to be pregnant and have a child—a milestone that isn’t without its challenges: Senators cannot vote remotely, and Duckworth was concerned she might be kept out of the chamber because of Senate rules barring infants from the floor.

“If I have to vote, and I’m breastfeeding my child, especially during my maternity leave period, what do I do? Leave her sitting outside?” Duckworth told Politico in February.

Kaitlin Fahey, Duckworth’s chief of staff, explained in a statement given to CNN that the rule change was introduced “to ensure no senator with an infant is prevented from performing their constitutional responsibilities—and send a message that working parents everywhere deserve family-friendly workplace policies.”

“If I have to vote, and I’m breastfeeding my child…what do I do?”

The resolution passed unanimously, but not without some mostly older, male Senators expressing concern about babies’ potential danger to the Senate’s decorum.

Sen. Orrin Hatch told the Associated Press that he had “no problem” with the rules change, though he went on to ask: “But what if there are 10 babies on the floor of the Senate?”

“I’m not going to object to anything like that, not in this day and age,” Sen. Pat Roberts, (R-Kan.) told the AP.

But he pointed out that Senators can vote from inside the door of the cloakroom, just off the Senate chamber.

So allowing babies on the Senate floor, Roberts said, “I don’t think is necessary.”

On Thursday, Duckworth took advantage of her victory by bringing her daughter Maile on the Senate floor to participate in a confirmation vote for President Trump’s nominee for NASA administrator. Duckworth voted against Republican Rep. Jim Bridenstein, Trump’s nominee for the job. She arrived on the floor to applause from her colleagues. Predictably, the historic moment is going viral.

Applause on the Senate floor, for Sen Tammy Duckworth D-IL, who has just arrived with her baby

Tammy Duckworth makes history by bringing her newborn child to the Senate floor during a vote. (via Politico) https://t.co/6ptSmOom14 pic.twitter.com/6XGBOY3Dhc

Since senate rules require votes to be made in person, lawmakers voted unanimously yesterday to let parent senators hold their infants while voting. pic.twitter.com/BPHRlBlJE3

This article has been updated to reflect new developments.