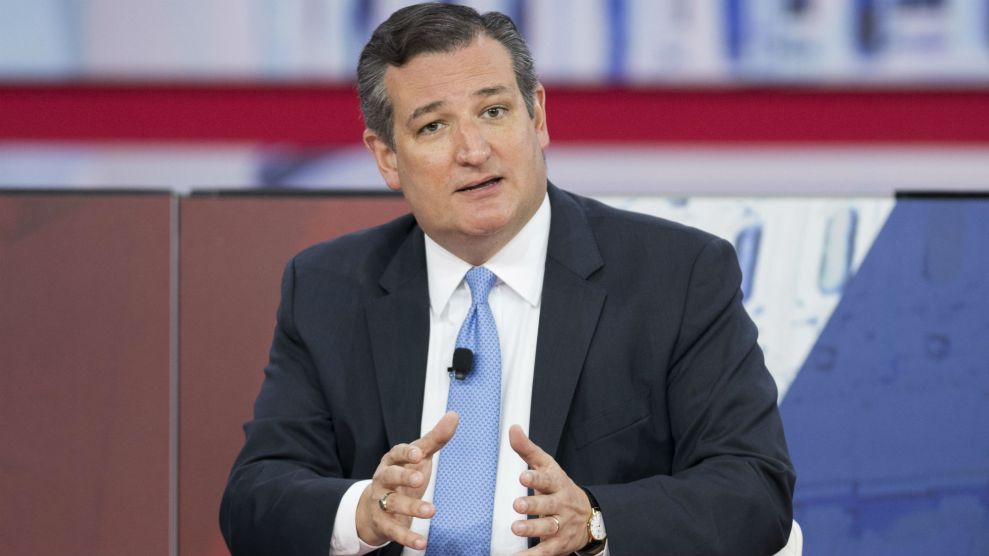 Since Donald Trump and Ted Cruz first faced off in the Republican presidential primaries in 2016, the president has repeatedly and sometimes viciously attacked the Texas senator. He accused Cruz’s father of assisting in the assassination of JFK, cruelly mocked Cruz’s wife, and, as is the president’s habit, gave Cruz a derogatory nickname, “Lyin’ Ted.”

Cruz, in turn, has not held back in his criticisms of Trump. He’s called him a “narcissist,” “utterly amoral,” and a “pathological liar.” And after dropping out of the the primary, he famously refused to endorse Trump, even during his speech at the 2016 Republican National Convention. From the convention stage, he asked the crowd to “vote your conscience.”

But that all must be water under the bridge, right? On Thursday Time published its list of the 100 most influential people, and, it turns out, Trump’s one-time foe actually penned the blurb about the president’s inestimable power and influence. Cruz calls Trump “a flash-bang grenade thrown into Washington by the forgotten men and women of America.” He continues, “The fact that his first year as Commander in Chief disoriented and distressed members of the media and political establishment is not a bug but a feature.”

Twitter had a field day with Cruz’s effusive praise:

Ted Cruz’s blurb about Trump for Time Magazine’s 100 Most Influential People is one of the most humiliating things ever written pic.twitter.com/VAnZnWXK2R

Ted Cruz in Time Magazine: The Guy Who Said My Dad Killed JFK and Called My Wife Ugly Makes Some Great Points!

tfw when another man insults your wife's and links your father to the JFK assassination and then you write a gauzy essay about him for Time magazine pic.twitter.com/Y77ZgPnePX

Call me old fashioned, but if I were Ted Cruz and Donald Trump had personally branded me as a liar, suggested he had dirt on my wife, spread rumors that my father assasinated JFK, and was, you know, Donald Trump, I’d probably pass on writing his effusive TIME magazine blurb.