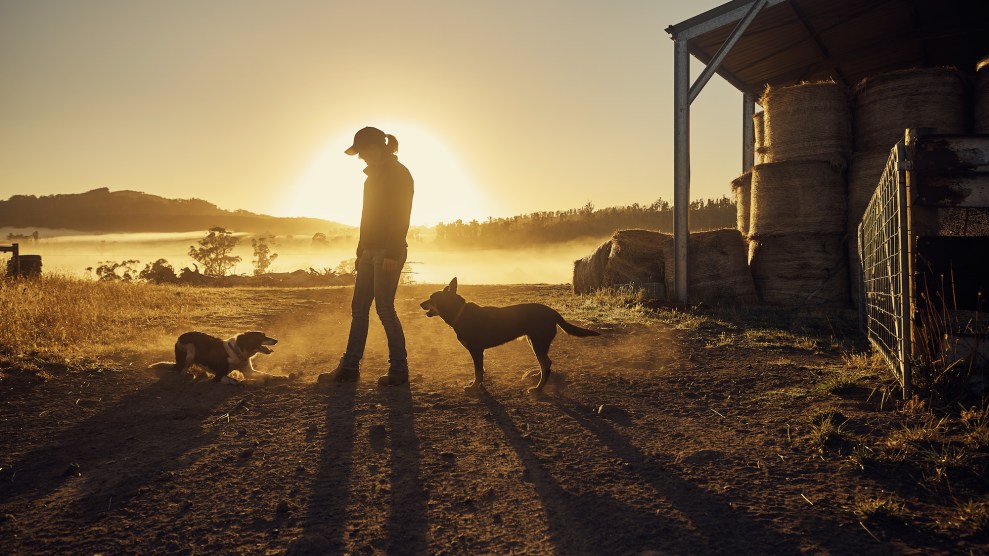 Farmers’ advocacy groups called on Congress Monday to reauthorize, “with adequate funding,” a program that provides mental health services to distressed American farmers and their families.

“Despite the growing need,” notes a letter to House and Senate agricultural committees signed by 36 rural and farming organizations, the Farm and Ranch Stress Assistance Network (FRSAN) “has never received funding, leaving many producers without access to important behavioral health services.”

Farmers, fishermen, and forestry workers have among the highest suicide rates of any profession, according to the CDC.

The letter also cites an analysis of 2012 data from 17 states by researchers at the Centers for Disease Control and Prevention. Their report revealed that as a unit, farmers, fishermen, and forestry workers had the highest suicide rate of any occupational group: 84.5 per 100,000 workers.

The 2008 Farm Bill established FRSAN to make grants for services including as helplines, support groups, and home assistance for farmers. Left without funding, however, it never got off the ground.

Despite America’s relatively healthy economy, the country’s farming sector is coping with a lingering recession. Tom Philpott, Mother Jones‘ food and agriculture correspondent, points out that farmers—many of whom voted for Trump—have seen prices plummet. “Net farm income has dropped by more than 50 percent since 2013, and current projections indicate the rebound could be years away,” the groups wrote in their letter.

President Trump’s impending trade war with China threatens to make things worse for farmers, too, as the People’s Republic is considering retaliatory tariffs on US exports of soybeans, pork, and nuts.

You can read the letter here:

This article was updated to more accurately describe the CDC’s analysis of professions with high suicide rates.