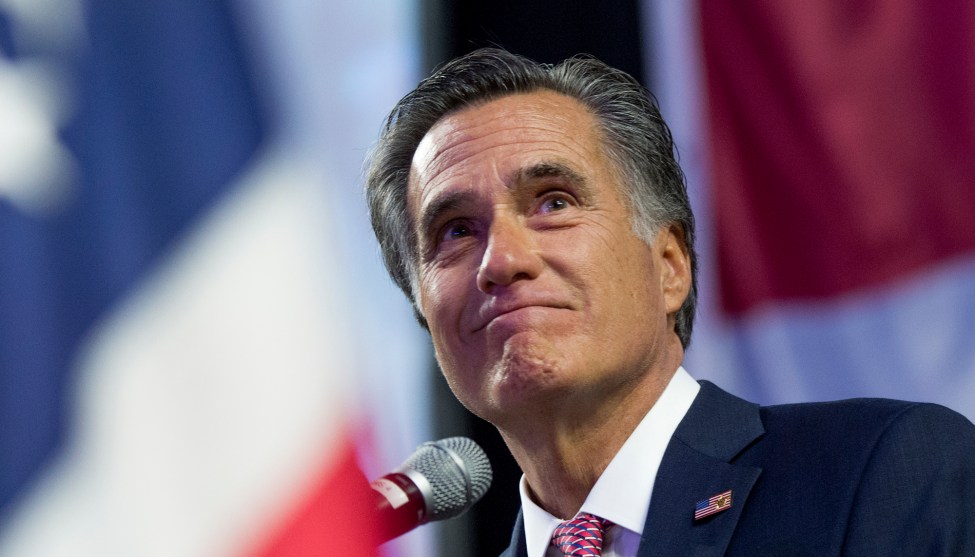 Mitt Romney seemed like a shoo-in to replace retiring Sen. Orrin Hatch as the senator from Utah. But last night, after 11 hours of debates and posturing, delegates at Utah’s GOP nominating convention rejected the former presidential candidate in favor of State Rep. Mike Kennedy, a lawyer and doctor from Alpine, Utah, the same town that is home to former Utah Rep. Jason Chaffetz.

Out of a 12-person field that included an Abraham Lincoln impersonator, Kennedy beat Romney 51 to 49, after campaigning on opposition to Obamacare and the Common Core educational standards. Because neither candidate received 60 percent of the delegate votes, the loss means that Romney will face Kennedy in a June primary.

Utah’s GOP nominating system is quirky—and this year’s was especially chaotic. (As the hours wore on, Romney volunteers threw Twinkies to exhausted delegates assembled in the hockey arena.) The convention system tends to favor far-right candidates, and allows an underfunded newcomer to upset more established candidates, as Chaffetz did in 2008, when he beat six-term incumbent Rep. Chris Cannon at the convention. Newcomer Mike Lee also knocked off three-term incumbent Senator Robert Bennett in 2010 this way.

Romney spent between half a million and $1 million dollars—money left over from his presidential race—in the run-up to the convention; Kennedy just $31,500.

The poor showing doesn’t bode all that well for Romney, despite polls showing he would easily win the Senate seat against a Democrat. Hatch has endorsed him as heir-apparent and Romney has deep family ties to the state. His ancestors were early Mormon pioneers, and Romneys have lived in Utah for generations. Romney graduated from Brigham Young University in Provo, and lived in Utah during the years he spent trying to rescue the troubled 2002 Olympics in Salt Lake City. He returned in 2013 after losing the 2012 presidential election. Two of his sons also live in Utah. Yet delegates at the convention still accused him of being a carpetbagger and a RINO—”Republican in name only”. One of his opponents pointed to his support for gay couples adopting children.

Unhappiness with Romney jumping into the race surfaced early, when he announced his intention to run in February. The state GOP chair, Rob Anderson, attacked him publicly, comparing him to Hillary Clinton running for Senate in New York. (He later apologized after Romney called him to chat. ) But some of the irritation in the party also seems to stem from the fact that Utah hasn’t had an open senate seat since 1992. Hatch had been squatting on his political fiefdom for 42 years. Hatch’s retirement had new, younger candidates eager for a shot at moving up in the race for an open seat.

But the Romney juggernaut put an end to those hopes. As Anderson told the Salt Lake Tribune, Romney’s entry into the race had deterred a number of good, serious candidates from running, because Romney “has been poaching all of the talent as far as campaign and messaging and financing. Nobody wants to go out there like David and Goliath and get defeated by the Romney machine,” he said.

After Romney’s performance at the convention, some of those candidates might wish they had.