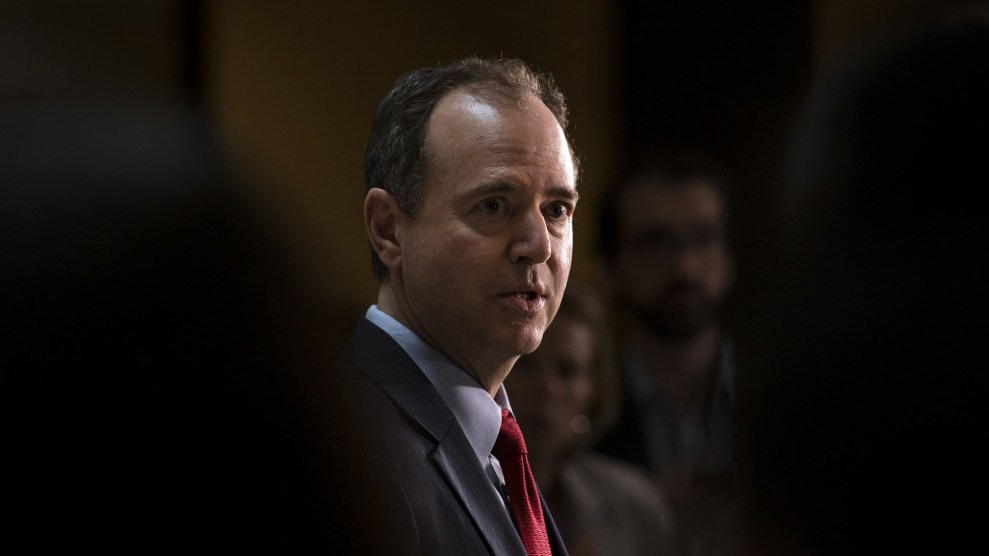 On Friday, Democrats on the House intelligence committee released a fiery, 98-page rejoinder to the report on Russian election interference issued by their Republican colleagues that “found no evidence” of collusion between the Trump campaign and Russia. Accusing the Republicans of “sophistry” and subverting the committee’s investigation for political reasons, the Democrats’ report excoriates their GOP colleagues for prematurely ending the Russia probe, failing to follow investigative leads, and distorting the facts.

“A majority of the report’s findings are misleading and unsupported by the facts and the investigative record,” the minority’s report states. “They have been crafted to advance a political narrative that exonerates the President, downplays Russia’s preference and support for then-candidate Trump, explains away repeated contacts by Trump associates with Russia-aligned actors, and seeks to shift suspicion towards President Trump’s political opponents and the prior administration.”

“Despite repeated entreaties, the Majority refused follow-up document requests informed by new information and leads,” the report explains. “For instance, the Committee has not received from the Trump campaign and transition all correspondence to and from George Papadopoulos, Carter Page, and other key persons of interest, thereby making it impossible to determine whether the Committee has reviewed the complete universe of relevant correspondence.”

Another area of contention on the committee is over the impact of the Russians’ social media-based propaganda campaign. The Republicans’ report acknowledges the Russian disinformation campaign, but Democrats allege that the GOP report downplays the effect of Russian propaganda in helping the Trump campaign.

In a final effort to obscure Russia’s social media operation in support of Trump, the Majority report argues that “Russian malign influence activities on Facebook were significant but they were not well-funded or large-scale operations relative to the overall scope of election-related activity on these platforms.”30 In its February 16, 2018 indictment, the Special Counsel revealed that the IRA’s operation was in fact well-funded and organized. The Committee, moreover, was unable to fully investigate and determine the financial backing, scope, and reach of Russia’s covert effort.