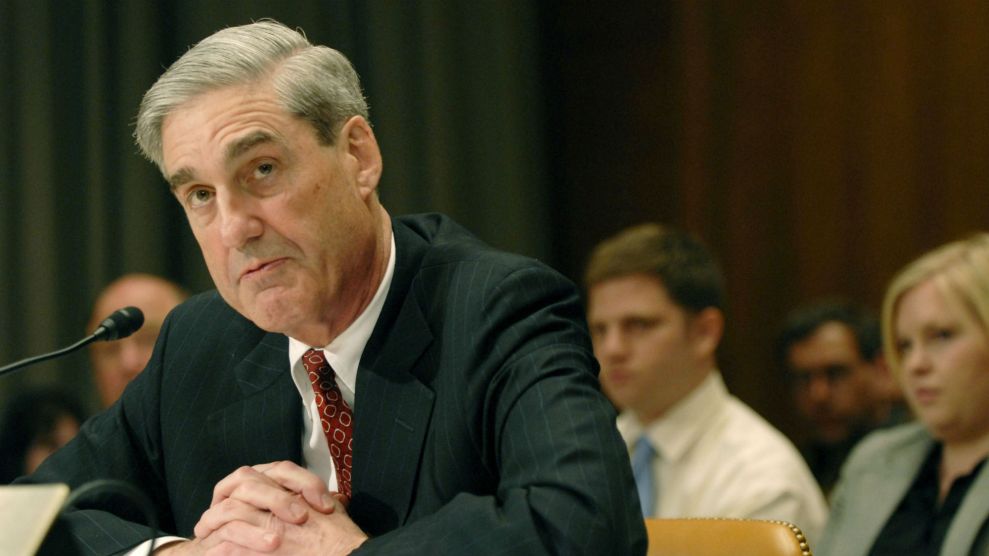 On Wednesday, Charles Grassley, the Iowa Republican who chairs the Senate Judiciary Committee, said he plans to schedule a vote on legislation to protect special counsel Robert Mueller from being fired by President Trump.

The legislation, titled the Special Counsel Independence and Integrity Act, was reintroduced Wendesday morning by a bipartisan group of senators after Trump blasted federal agents for launching “an attack on our country” by executing a search warrant targeting Michael Cohen, the president’s private attorney. Monday’s search was carried out by New York-based Department of Justice employees, at least partially on the basis of information provided by Mueller’s team, which is investigating Russian interference in the 2016 US elections and possible collusion between the Kremlin and the Trump campaign.

Four members of the Senate Judiciary Committee—Sens. Cory Booker (D-N.J.), Thom Tillis (R-N.C.), Lindsey Graham (R-S.C.), and Christopher Coons (D-Del.)—are cosponsors of the bill, which if enacted would allow Mueller or any other special counsel to request a judicial review of their firing. If the review finds no “good cause” for the removal, the special counsel would be reinstated. Assuming Tillis and Graham join the committee’s Democrats in support of the bill, it would have enough backing to clear the Judiciary committee and head toward the Senate floor.

The bill also clarifies that only a senior Justice Department official would have the authority to fire the special counsel, and requires they provide written cause for doing so.

The bill combines two older pieces of bipartisan legislation proposed by the sponsors this past August. As the president’s attacks on Mueller have mounted since the summer, Tillis and Graham had remained relatively quiet on their existing bills. Many Republican officeholders have remained reluctant to push for new protections for Mueller, saying they thought it was unlikely the president would act to remove him—a position they reiterated as recently as yesterday.

“The integrity and independence of special counsel investigations are vital to reaffirming the American people’s confidence in our nation’s rule of law,” said Tillis in a Wednesday press release announcing the new legislation.

“A nation of laws cannot exist if the people tasked with enforcing them are subjected to political interference or intimidation from the President,” Booker added in a statement.