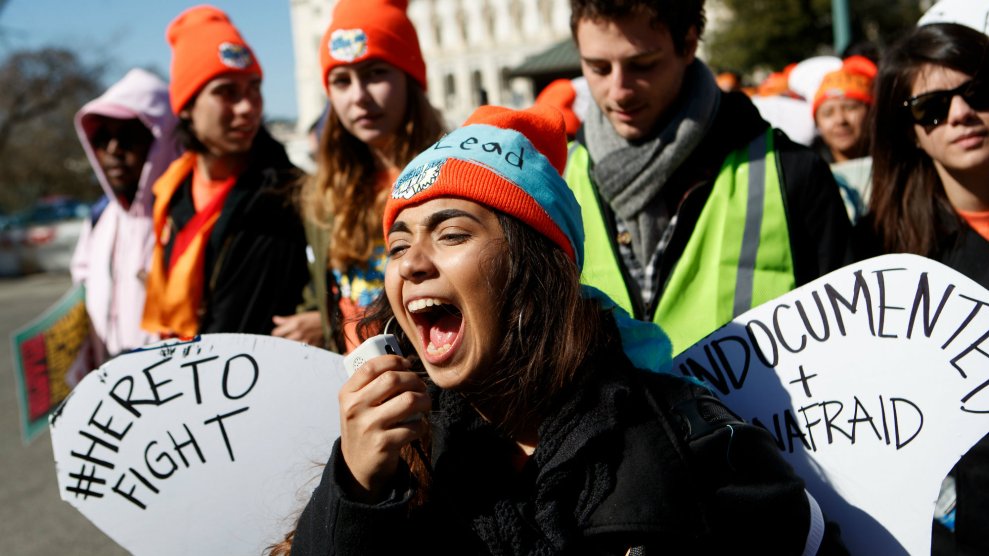 An immigration protest outside the U.S. Capitol last month.Ting Shen/Xinhua via ZUMA Wire

A federal appeals court on Thursday upheld a lower court’s decision to issue a national injunction against the Trump administration’s efforts to deny federal funding to sanctuary cities.

The three-judge panel sided with the city of Chicago, which sued the Trump administration last year after Attorney General Jeff Sessions announced that the DOJ would deny certain publicly safety grants to law enforcement agencies in cities that limited their cooperation with Immigration and Customs Enforcement (ICE). The city’s lawyers had argued that Sessions exceeded his authority when he placed conditions on the grants beyond what Congress had outlined when it set up the programs. The judges agreed, ruling to uphold the injunction while Chicago’s lawsuit winds its way through the federal courts.

“The Attorney General in this case used the sword of federal funding to conscript state and local authorities to aid in federal civil immigration enforcement,” Judge Ilana Rovner on behalf of the court. “But the power of the purse rests with Congress[.]”

In a strong rebuke to the administration, Rovner added that allowing federal agencies to manipulate conditions for grant funding without congressional approval could lead to “tyranny.”

The legal bout is but one of many between the administration and cities and states challenging its immigration policies.

Correction: This article has been revised to more accurately describe the ruling, which upheld a lower court’s decision to issue a nationwide injunction.