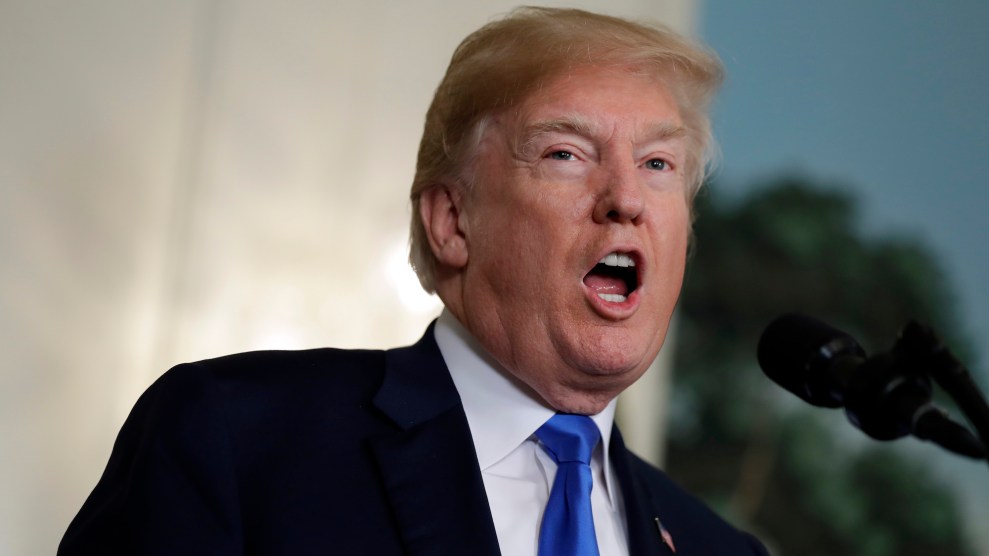 President Donald Trump is threatening to veto a $1.3 trillion spending bill that was passed by the Senate with 65 votes on Friday. The bipartisan bill increases military spending by $66 billion and non-defense spending by $52 billion. If the bill is not signed by the end of the day Friday, the government will enter a shutdown, which would be the third shutdown of Trump’s presidency.

I am considering a VETO of the Omnibus Spending Bill based on the fact that the 800,000 plus DACA recipients have been totally abandoned by the Democrats (not even mentioned in Bill) and the BORDER WALL, which is desperately needed for our National Defense, is not fully funded.

There is plenty of reason to doubt whether Trump’s threat is credible. His advisers have lobbied him to sign the bill and Trump has yet to veto a single bill since he became president. Sen. James Lankford (R-Okla.) thought a reporter was joking when he heard that Trump is considering a veto.

Just ran into @SenatorLankford giving a Capitol tour. I told him about the Trump veto threat. He thought I was joking.

In February, Democrats and a smaller group of Republicans voted to fund Trump’s border wall with Mexico and create a path to citizenship for Dreamers who came to the United States as children. The proposal failed after the White House insisted that any immigration bill include deep cuts to legal immigration.

Trump’s veto threat contradicts what White House budget director Mick Mulvaney told reporters on Thursday. “Let’s cut right to the chase,” Mulvaney said at a press briefing. “Is the President going to sign the bill? The answer is yes.”

“Why?” Mulvaney asked himself. “Because it funds his priorities.”