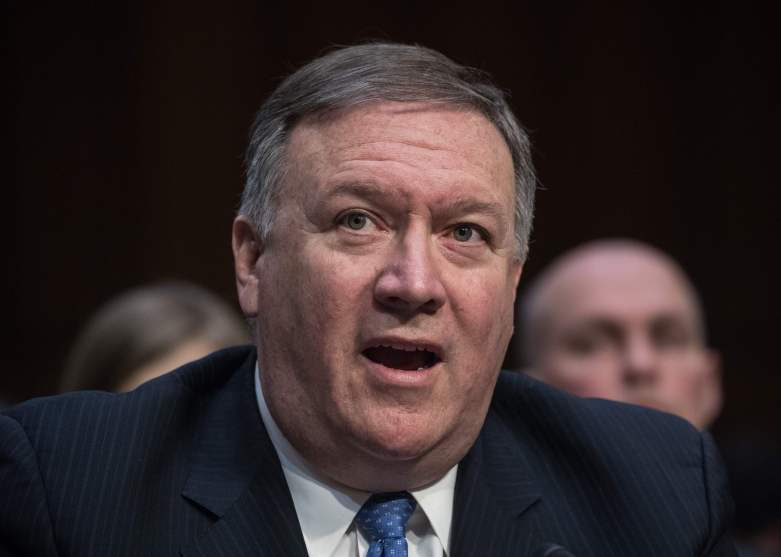 The current CIA director, named early Tuesday as the nominee to be the nation’s top diplomat, has long rejected the widely-accepted science behind man-made global warming, dashing hopes that the United States might reverse its decision to leave from the Paris climate accord before November 2020, when the deal allows the country to formally withdraw.

In a twist, Tillerson, the former chief executive of Exxon Mobil Corp., turned out to be one of the most moderate voices on climate change in the Trump administration, despite his previous employer’s role as an early and generous financier of the climate change denial movement.

Tillerson urged Trump against pulling out of the Paris Agreement last June, and suggested last September that the U.S. could remain in the deal. Still, the State Department rewrote its web page on climate change last March, abolished its climate change envoy position in August and left teams working on global warming issues in limbo, seemingly encouraging staff to leave. Coincidentally, a major environmental nonprofit sued the State Department on Tuesday for refusing to release a U.N. report on U.S. climate action that was due on Jan. 1.

If confirmed by the Senate, Pompeo seems poised to do more damage to efforts to combat climate change.

“It’s good news for us,” said Myron Ebell, a leading proponent of climate change denial. “I expect very good things from him at the State Department.”

“It’s good news for us,” said Myron Ebell, a leading proponent of climate change denial and a director at the right wing Competitive Enterprise Institute. “I expect very good things from him at the State Department.”

Ebell, who led Trump’s transition at the Environmental Protection Agency, said he hopes Pompeo will convince the president to withdraw the U.S. from the U.N. Framework Convention on Climate Change, completely ending all U.S. participation in climate talks.

He also wants Pompeo to “bury” an international deal to phase out refrigerants, coolants and aerosols called hydrofluorocarbons, or HFCs, that contribute to climate change. The deal, signed by 197 countries in October 2016, is called the Kigali Amendment. Last November, the State Department quietly indicated its support for the agreement.

In his six years as a Republican congressman from Kansas, Pompeo voted so routinely against environmental policies that he received a 4 percent lifetime score on the League of Conservation Voters’ ranking. In 2011, he unsuccessfully pushed to end energy subsidies in a move Ebell said was meant to target tax credits for wind turbines.

Throughout his tenure in Congress, Pompeo received over $1 million in donations from the billionaire Koch brothers’ network, making him their top recipient in the Trump administration. He collected $71,100 from Koch Industries, the Republican megadonors’ fossil fuel conglomerate, catapulting Pompeo to the top of the company’s recipients in Congress in 2016 alone, according to data collated by the Center for Responsive Politics.

In January 2017, Pompeo skirted questions about his view on climate science during his Senate confirmation hearing to become CIA director.

“Frankly, as the director of CIA, I would prefer today not to get into the details of the climate debate and science,” he said. “It seems—my role is going to be so different and unique from that.”

“For President Obama to suggest that climate change is a bigger threat to the world than terrorism is ignorant, dangerous, and absolutely unbelievable,” he said at the time.

In December 2015, Pompeo railed against the Obama administration for brokering the Paris climate agreement, the global deal to cut planet-warming emissions that virtually every nation on Earth has now signed.

“For President Obama to suggest that climate change is a bigger threat to the world than terrorism is ignorant, dangerous, and absolutely unbelievable,” he said at the time.

In December 2013, Pompeo rejected the consensus among 97 percent of peer-reviewed climate researchers that the planet is warming and burning fossil fuels, industrial farms and deforestation are the main causes.

“Donald Trump has now somehow picked someone even worse than Rex Tillerson to run the State Department,” Naomi Ages, Greenpeace USA’s climate director, said in a statement. “In addition to being a climate denier, like his predecessor, Pompeo is Koch brothers’ shill who will denigrate the United States’ reputation abroad and make us vulnerable to threats at home.”