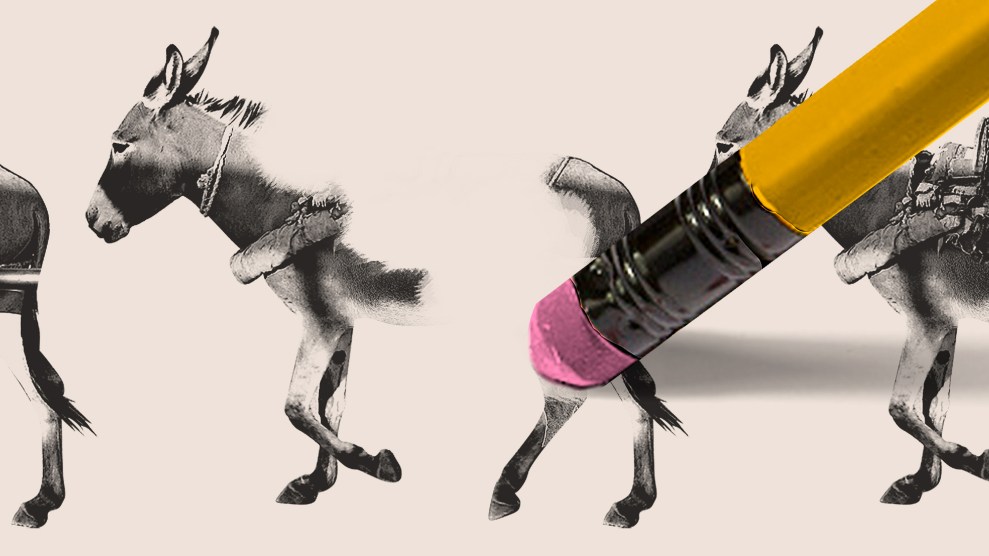 In what Democrats call Republicans’ latest attempt to stymie a potential blue wave in Texas, the Dallas County Republican Party is trying to keep more than 120 Democratic contenders from making it onto the November ballot.

In a lawsuit filed in January—and currently stalled thanks to a tiff over the judge assigned to the case—Republicans argue the Dallas County Democratic Party chair properly authorized only a fraction of the party’s 150 primary candidates. Republicans have asked that 127 candidates be thrown off the March 6 primary ballot, and the Dallas County GOP has amended its suit to apply to the November general election because absentee ballots for the primary had already been mailed by the lawsuit’s filing date. Early voting for the primary began February 20.

The suit already has wreaked havoc for some candidates, who found out via an email from their party that their races were in limbo. “This is my life—running for office—and to know it could be in jeopardy for some technicality or some arbitrary interpretation was ridiculous,” said Ana Maria Ramos, a community college professor running for Texas House District 102. “It was just appalling.”

“This is my life, and to know it could be in jeopardy for some technicality or some arbitrary interpretation was ridiculous.”

Republicans say they are simply trying to ensure Democrats follow the letter of the law. Not doing so compromises elections, said Elizabeth Alvarez-Bingham, counsel for the Dallas County Republican Party.

But Democrats have taken the move as a last-ditch attempt by the GOP to win elections in traditionally blue Dallas County—accusations Alvarez-Bingham fervently denies. The lawsuit comes as Texas Democrats are experiencing high voter turnout statewide and are running more candidates in traditionally red districts. A recent CNN analysis revealed US Senate challenger Beto O’Rourke, a Democrat, has a better chance than anticipated at unseating Ted Cruz.

Experts say the case will most likely end in Democrats’ favor. “This seems like kind of a long shot on the Republicans’ part,” says Theodore Rave, assistant professor of law at the University of Houston Law Center.

Were the judge to rule in the GOP’s favor, however, it could essentially suppress the vote of people of color, who overwhelmingly vote Democratic in the state, said Randy Johnston, the attorney representing the Democratic Party in the case.

“You’re robbing people of the ability of being able to vote in these races, which is effectively muting their political voice,” said Brandon Rottinghaus, a political science professor at the University of Houston.

“You’re robbing people of the ability of being able to vote in these races, which is effectively muting their political voice.”

At the heart of the suit is a provision in Texas election law requiring the county party chairs to review and sign applications for candidates whose entire office is within that single county. (Any office spanning multiple counties goes to the state party chair for a signature.) Johnston acknowledged the chair of the Dallas County Democratic Party, Carol Donovan, did not sign all of the applications and instead asked the executive director of the organization to sign them in her place. Johnston argues that she had the authority to do so; Republicans disagree.

The lawsuit names candidates for Texas’ Senate and House, plus county judge, county commissioner, and justice of the peace seats. Many of those seats in Dallas County typically are held by Democrats.

Democrats asked the judge in January to dismiss the lawsuit. But the suit itself is on hold. Republicans asked for the judge, Eric Moyé, to recuse himself; Moyé is a Democrat and has donated to local and national Democratic candidate campaigns. While he refused to recuse himself in this suit, he did recuse himself for another—albeit smaller-scale—lawsuit related to the upcoming primary, stating he could not be impartial because of the people involved. A hearing to decide whether the judge will continue with the case is set for later this month.

Johnston, the Democrats’ lawyer, says the takeaway of the entire ordeal is simple: For Republicans, “winning at the courthouse can be easier than winning at the ballot box.”