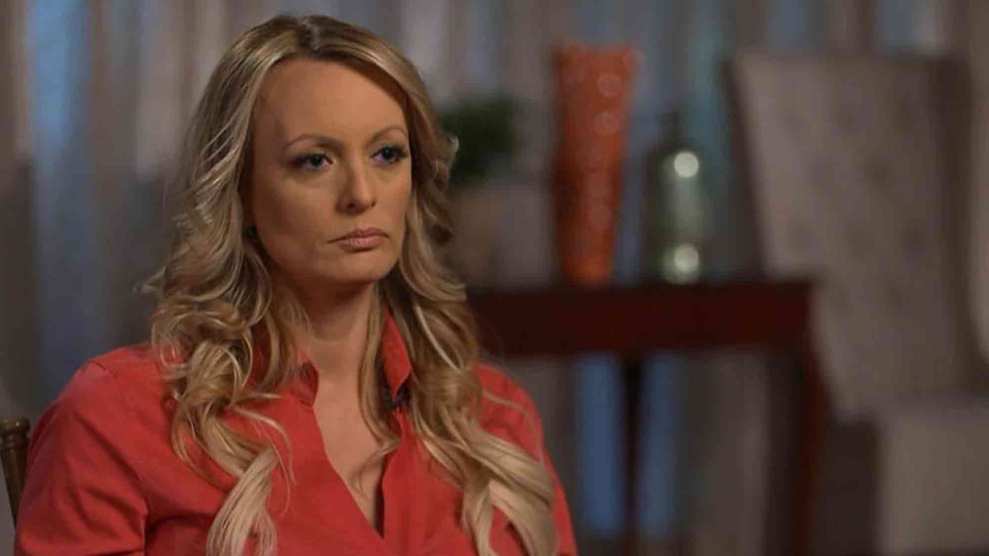 CBS just released the transcript of Stormy Daniel’s 60 Minutes interview. Right off the bat she confirms our story that she spanked Donald Trump with a magazine he was on the cover of.

Stormy Daniels: Ummm (LAUGH) it started off– all about him just talking about himself. And he’s like– “Have you seen my new magazine?

Anderson Cooper: He was showing you his own picture on the cover of a magazine.

Stormy Daniels: Right, right. And so I was like, “Does this– does this normally work for you?” And he looked very taken– taken back, like, he didn’t really understand what I was saying. Like, I was– does, just, you know, talking about yourself normally work?” And I was like, “Someone should take that magazine and spank you with it.” (LAUGH) And I’ll never forget the look on his face. He was like–

Anderson Cooper: What– what was his look?

Stormy Daniels: Just, I don’t think anyone’s ever spoken to him like that, especially, you know, a young woman who looked like me. And I said, you know, “Give me that,” and I just remember him going, “You wouldn’t.” “Hand it over.” And– so he did, and I was like, turn around, drop ’em.”

Anderson Cooper: You– you told Donald Trump to turn around and take off his pants.

Anderson Cooper: And did he?

Stormy Daniels: Yes. So he turned around and pulled his pants down a little — you know had underwear on and stuff and I just gave him a couple swats.

Anderson Cooper: This was done in a joking manner.

Stormy Daniels: Yes. and– from that moment on, he was a completely different person.

You can read the full transcript here.