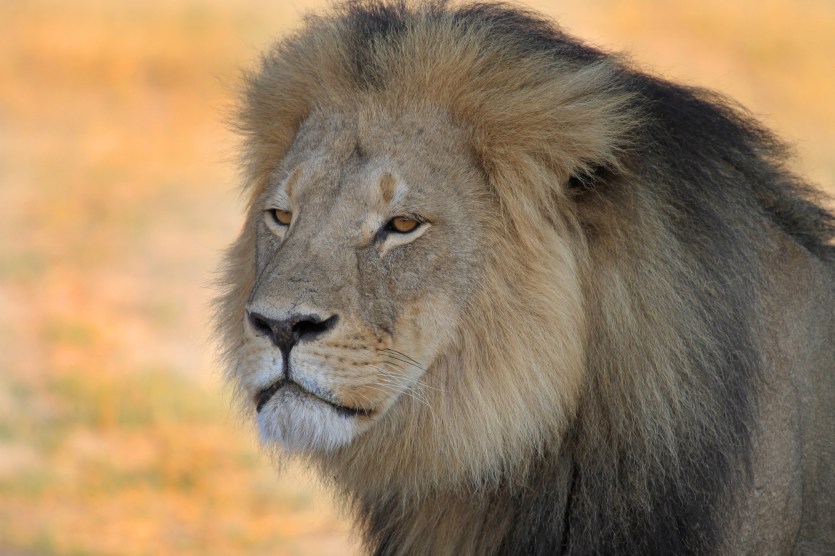 Cecil the lion gained fame after he was killed by Safari Club International member Walter Palmer during a hunt in Zimbabwe. Paula French/ZUMA

The Trump administration has launched a commission at the Interior Department to promote big-game trophy hunting and the “economic benefits that result from US citizens traveling to foreign nations to engage in hunting.” The council, which will cost taxpayers $250,000 a year, is charged with making recommendations to Secretary Ryan Zinke about removing barriers to importing trophy hunting animals—such as the recently overturned ban on elephant and lion trophies from some countries—and relaxing legal restrictions on hunting and importing endangered species.

The members of the International Wildlife Conservation Council, which is holding its first meeting Friday, include a reality-TV safari hunting guide, a former beauty queen, gun industry representatives, members and affiliates of a controversial trophy hunting group, and a veterinarian associated with an exotic animal breeding facility in Florida that sells endangered animals to roadside zoos.

“It’s really embarrassing,” says Masha Kalinina, the international trade policy specialist for the wildlife department at the Humane Society International. “I just question the qualifications of each and every one of these people. Notably missing from this trophy hunting council are legitimate representatives of the conservation community with proper scientific credentials and a record of successful conservation programs, along with wildlife law enforcement experts and biologists who have no financial stake in promoting trophy hunting.”

The council’s charter calls hunting “an enhancement to foreign wildlife conservation and survival.” Along with pushing to relax imports of trophy animals, it will also review the way the US complies with an international treaty designed to protect endangered plants and animals that guides regulation of the exotic animal trade. But the membership of the council seems heavily weighted toward people who think the best way to conserve wildlife is to kill it.

Indeed, the country’s largest trophy-hunting lobby seems to have an outsized role on the council. Of the 16 IWCC members, at least 10 have an affiliation with Safari Club International, which represents wealthy big-game hunters who often tangle with the Fish and Wildlife Service over permits to import of game trophies from overseas, particularly for endangered species. The advocacy group, with 50,000 members, frequently lobbies Congress and federal agencies to fight environmental regulations. It sued to overturn the Obama-era ban on importing elephant and lion trophies from Zimbabwe and Zambia. The Trump administration ended the ban earlier this month, despite the president’s earlier objections and comments that elephant hunting is a “horror show.”

Perhaps SCI’s most famous member is Walter Palmer, the Minnesota dentist who got into hot water in 2015 for killing a lion named Cecil who lived in Zimbabwe’s Hwange National Park and was being studied by scientists at Oxford University. Palmer was never charged with any crimes, but the killing helped drive public opinion even further against trophy hunting. A Marist poll that year showed that nearly 90 percent of Americans are opposed to big-game hunting, and more than 60 percent believed it should be banned.

The membership of the council seems heavily weighted toward people who think the best way to conserve wildlife is to kill it.

SCI’s political action committee supported President Donald Trump’s election and Zinke’s US House campaigns in Montana. The principal deputy director of the US Fish and Wildlife Service, Greg Sheehan, who is effectively running the agency in the absence of a congressionally confirmed director, oversees the IWCC. He is an SCI member and attended the group’s convention in Las Vegas last month when it awarded its “professional hunter of the year” honors to a South African man who has been fined for leading hunts of endangered black rhinos.

SCI’s president, Paul Babaz, is now a member of the IWCC. Another SCI-affiliated member, Mike Ingram, was a co-founder of a short-lived nonprofit set up in 2016 by Trump’s sons Eric and Don Jr. that was accused of selling access to the president. The Trump brothers themselves are well-known trophy hunters who caused a stir when photos surfaced of them in Zimbabwe with the carcasses of dead trophy animals, including a leopard and an elephant.

Don Jr. appears to be keeping tabs on the new wildlife council. When Cameron Hanes, a professional bow hunter, announced his appointment to the IWCC on Instagram in January, Don Jr. congratulated him, writing, “well done and well deserved. As I’ve spoken about numerous times @realdonaldtrump has always given opportunities to those who deserve it not just those whose turn it is.”

Other members of the council are affiliated with the gun industry, including Peter Horn, a vice president of Beretta and former president of SCI, and Erica Rhoad, the director of hunting at the National Rifle Association.

Befitting the Trump administration, the Interior Department has appointed a number of reality TV stars to the wildlife council. Among them is Ivan Carter, a safari hunting guide and regular speaker at SCI events who’s frequently identified in press accounts as having been born in “Southern Rhodesia,” the former British colony that became Zimbabwe. Carter, who bears a faint resemblance to Crocodile Dundee, has hosted the Dallas Safari Club’s Tracks Across Africa TV show on the Outdoor Channel and his own Outdoor Channel show, Carter’s W.A.R.

Another member, Denise Welker, killed an elephant in Botswana on one of Carter’s safari hunts. She received an award last year from SCI underwritten by the NRA, and her husband is the co-chair of SCI’s Africa record-keeping committee. Then there’s Olivia Nalos Opre, a former Mrs. Nebraska who judges the televised Extreme Huntress competition for female trophy hunters, hosts other hunting shows, and does trainings for the Dallas SCI. Keith Mark, also on the council, co-hosted a hunting show with former professional wrestler Shawn Michaels.

One of the only members of the council who appears to have any scientific expertise is Jenifer Chatfield, a veterinarian who specializes in zoo medicine. But she, too, is not without a business interest in the animal trade. Chatfield is the staff veterinarian and vice president of the 4J Conservation Center in Florida. The private, for-profit center is run by Chatfield’s father, John Chatfield, an exotic animal breeder whose outfit previously sold animals to Texas hunting parks known as “canned ranches,” where people pay large sums to kill endangered animals within the fenced confines of the ranch.

John Chatfield is a co-founder of the Zoological Association of America, a group that offers accreditation to roadside and other private zoos that can’t meet the animal welfare standards of the more rigorous Association of Zoos and Aquariums. Animal welfare advocates have criticized the ZAA for protecting shady exotic animal breeders. The 4J Conservation Center holds a permit from the Fish and Wildlife Service that allows it to trade in captive-born endangered species within the United States. The Department of Agriculture has cited 4J for unsafe and unsanitary conditions that violate the Animal Welfare Act.

“It’s like a puppy mill for lemurs,” says Delcianna Winders, a vice president at People for the Ethical Treatment of Animals.

In 2013, a red kangaroo escaped from the 4J center and had to be chased down by state wildlife officials, who shot it with tranquilizer darts. The kangaroo died two hours later. Later, an inventory showed that Chatfield had more than 60 kangaroos in pens on the compound.

The 4J center has loaned lemurs to a Tampa zoo, where Jenifer Chatfield experimented on them. In 2006, she published the results of a study in the Journal of Zoo and Wildlife Medicine in which the lemurs were anesthetized and given as many as 50 shock treatments to force them to “electroejaculate” for artificial insemination collections. The procedure causes the animals to suffer from a “urethral plug” that can be fatal; these plugs were removed with forceps. Chatfield was testing a technique to prevent the blocks. Two years after the study, the zoo lost its accreditation for, among other things, trading animals with unaccredited facilities.

Reached by phone, Jenifer Chatfield referred questions about her appointment to the council to the Interior Department, which did not respond to a request for comment. John Chatfield could not be reached for comment.

Wildlife conservation and animal welfare groups and more than 60 scientists and economists have written to the Fish and Wildlife Service to protest the council and its membership. They argue that the way it was created violates federal law because of the lack of a balance of perspectives, its potential for capture by special interests, and the absence of public benefits. PETA’s Winders says the council’s creation is “openly defiant of the Federal Advisory Act, which requires a host of things, one of which is balanced representation, and this reads like a who’s who of hunting interests. I think we will see some legal challenges to this committee before long.” Indeed, on Wednesday, the wildlife conservation group Born Free sued the Fish and Wildlife Service for refusing to release documents related to the council’s creation.

Correction: An earlier version of the photo caption in this story stated that Cecil the lion was killed in an illegal hunt. In fact, the hunt has not been found to have broken any laws.