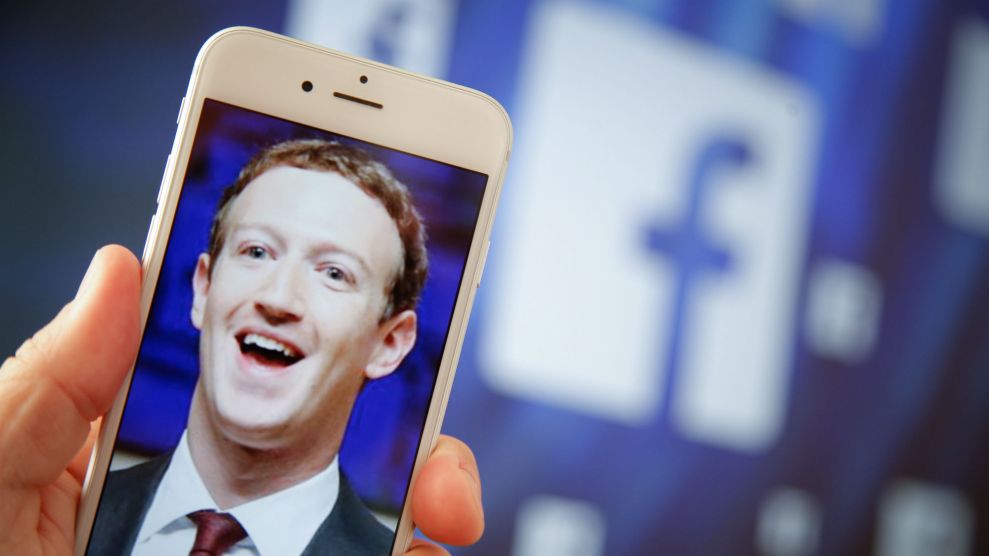 The acting director of the Federal Trade Commission confirmed Monday that the agency has an open investigation into Facebook’s data privacy practices. “Companies who have settled previous FTC actions must also comply with FTC order provisions imposing privacy and data security requirements,” Tom Pahl said in a statement. “Accordingly, the FTC takes very seriously recent press reports raising substantial concerns about the privacy practices of Facebook. Today, the FTC is confirming that it has an open non-public investigation into these practices.”

Major stories by the British Observer, the New York Times, and most recently Mother Jones revealed that Cambridge Analytica, the data analytics firm that worked for the Trump campaign in 2016, misappropriated the personal Facebook data of more than 50 million people after obtaining it from a Russian-American psychology professor. Chris Wylie, a former Cambridge Analytica staffer, claims that when Facebook learned that Cambridge had harvested those tens of millions of profiles, the company asked that the data be deleted but did little to certify that this had actually happened. The story, as recounted in my recently published five-month investigation, went like this:

Undeterred, [Cambridge Analytica partner company] SCL instead hired Kogan, who went on to create his own Facebook app, “thisisyourdigitallife.” As detailed in a class-action suit against Facebook and Cambridge Analytica, the app—which purported to be for academic research—not only collected personality data on the 270,000 people who took the quiz but also let Kogan vacuum up Facebook user data on all their friends. The Washington Post reported in late March that Facebook separately provided Kogan with data on 57 billion friendships as part of his work with two of the company’s data scientists between 2013 and 2015. Around the same time he was mining Facebook data, Kogan also forged a relationship with Saint Petersburg University, which hired him as an associate professor and provided him with research funding. He denies this research had any connection to his work for SCL.

According to Wylie, Kogan acquired more than 50 million profiles. He says Kogan then passed that data to SCL—in apparent violation of Facebook’s terms of use—in order to build its psychographic profiling methods. “Everyone knew we were wading into a gray area,” Wylie later said. “It was an instance of if you don’t ask questions, you won’t get an answer you don’t like.” (Kogan denies any wrongdoing: “My view is that I’m being basically used as a scapegoat.”)

This isn’t Facebook’s first run-in with the FTC. In 2011, the company settled charges brought by the agency alleging that the social network misleadingly told its users they could keep their information private. As part of the settlement, Facebook agreed to no longer make “further deceptive privacy claims” and to better inform its users going forward about how it shares their information.

The question now is whether Facebook violated the terms of that FTC agreement when it allowed Alex Kogan, the Russian-American academic, to extract huge amounts of personal data from Facebook and then pass it to Cambridge Analytica.

Facebook’s stock price had lost as much as 6 percent of its value on Monday after the FTC confirmed its investigation.