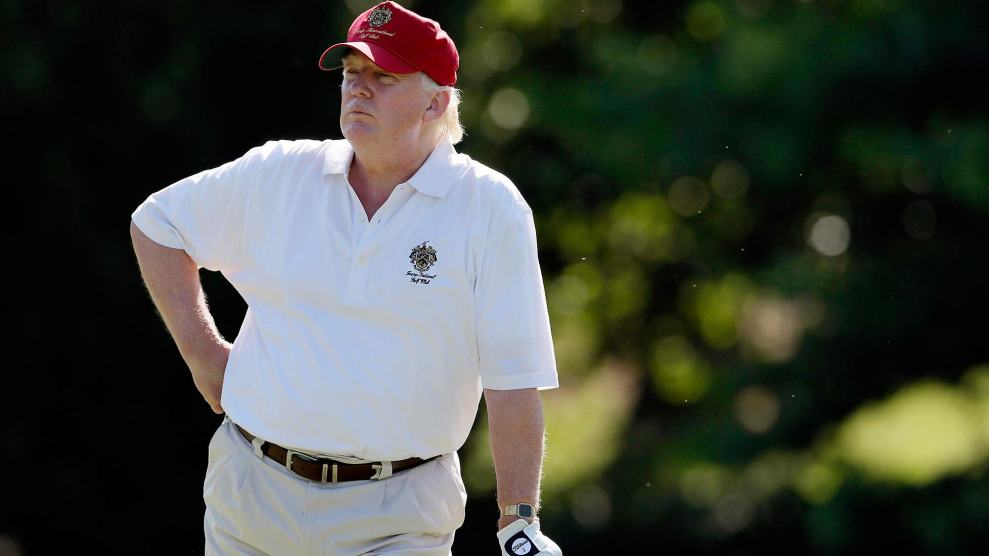 The National Rifle Association is pissed, the White House’s battle-tested communications staff is reeling, and hundreds of thousands of young immigrants are worried about how their lives will change on Monday. But Donald Trump keeps on golfing!

With his appearance Saturday at his Palm Beach County, Florida, golf course, the president hit a new milestone: 100 days of golfing at his own properties, according to CNN. It’s a remarkable feat for a man who’s been president for 407 days.

It’s funny, in a crying-over-your-beer-because-daytime-drinking-on-the-weekend-is-fine type of way, considering how much energy pre-president Donald Trump spent blasting former President Barack Obama over his own golfing habit.

While our wonderful president was out playing golf all day, the TSA is falling apart, just like our government! Airports a total disaster!

We pay for Obama's travel so he can fundraise millions so Democrats can run on lies. Then we pay for his golf.

If Obama resigns from office NOW, thereby doing a great service to the country—I will give him free lifetime golf at any one of my courses!

According to a running count by the folks over at Trump Golf Count, the president’s very frequent golfing habit has already cost taxpayers more than $56 million.

And in case you’ve forgotten, here’s what Trump’s golf trips looked like over his first 100 days in office: