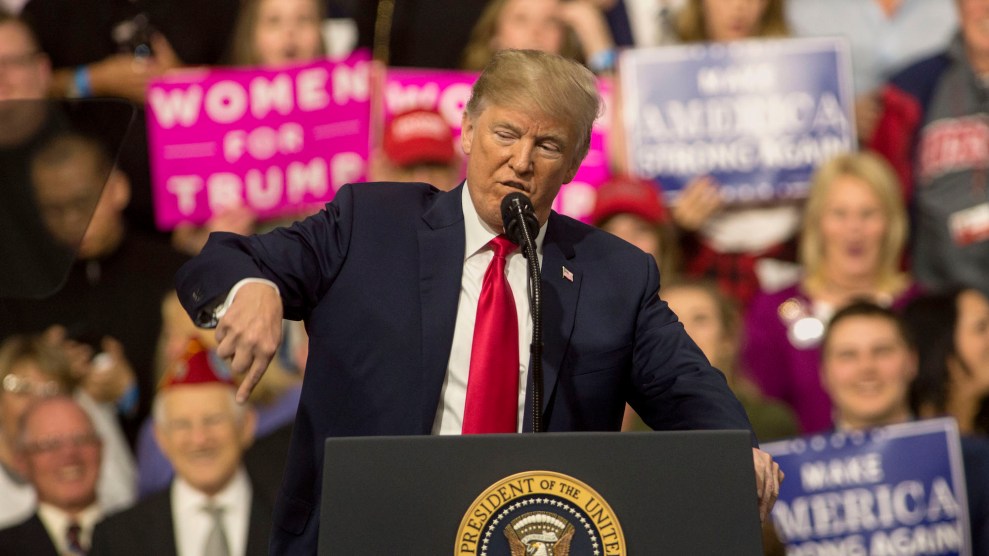 On Sunday morning, President Trump once again took to Twitter to lash out at the New York Times. This time, his target was the paper’s report that he met with President Clinton’s impeachment lawyer, Emmet Flood, in the Oval Office last week to discuss hiring him to handle matters in special counsel Robert Mueller’s investigation.

Trump currently has White House lawyer Ty Cobb in charge of the inquiry, after his longtime personal lawyer Marc Kasowitz stepped aside last summer. Flood was one of a half-dozen top litigators Trump reportedly tried to hire to replace Kasowitz last year, but they all turned down the job.

The Failing New York Times purposely wrote a false story stating that I am unhappy with my legal team on the Russia case and am going to add another lawyer to help out. Wrong. I am VERY happy with my lawyers, John Dowd, Ty Cobb and Jay Sekulow. They are doing a great job and…..

Several people close to Trump confirmed our story. Trump also met with Emmet Flood in the Oval last week for purpose of potentially hiring him. Our story was confirmed by other outlets. https://t.co/UmnZMLogAf

….which raises possibility Flood has turned him down https://t.co/UmnZMLogAf

Trump then turned his focus directly on Haberman, making good on the promise of the ellipsis that concluded his (at this point nine-minute-old) tweet.

…have shown conclusively that there was no Collusion with Russia..just excuse for losing. The only Collusion was that done by the DNC, the Democrats and Crooked Hillary. The writer of the story, Maggie Haberman, a Hillary flunky, knows nothing about me and is not given access.

Trump’s attacks come as he’s ignored his own lawyers’ advice to steer clear of the special counsel investigation. As recently as this week, Mueller learned that on at least two occasions Trump asked key witnesses about their conversations with investigators. In one case, Trump asked White House counsel Don McGahn to deny reporting that the president wanted him to fire Mueller last year, and on another occasion, Trump reportedly asked his former chief of staff Reince Priebus if his interviewers were “nice.”