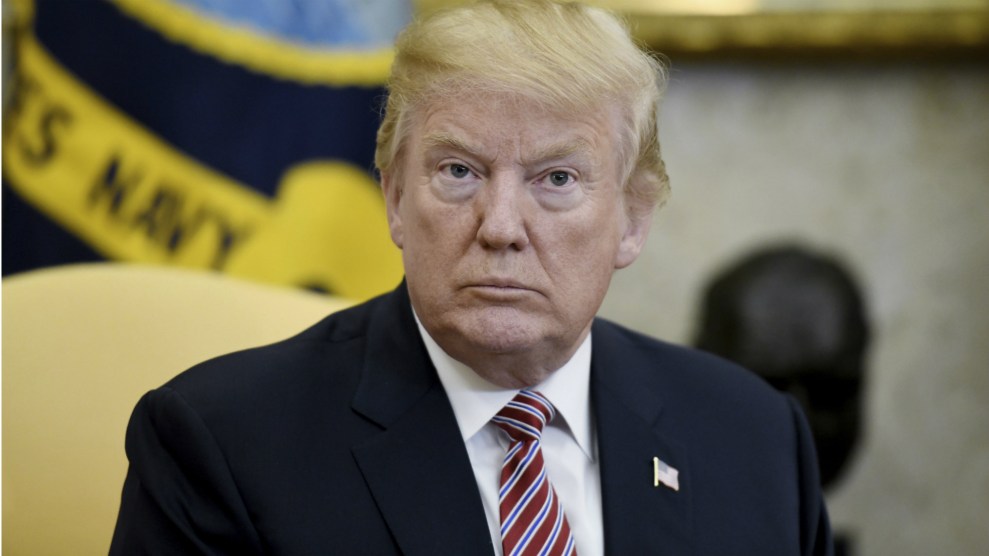 Donald Trump was in such a hurry to release Rep. Devin Nunes’ (R-Calif.) memo on alleged political bias behind the Russia investigation, he told a lawmaker at the State of the Union address last month that he would “100 percent” release it—even before he read it. But, on Friday evening, after having actually read a counter memo written by Democratic lawmakers who said their goal was to provide badly missing context, Trump said he wouldn’t allow it to see the light of day. Ultimately, the decision may not be up to Trump, but he continued his offensive against the Democrats’ counter memo on Saturday morning.

The Democrats sent a very political and long response memo which they knew, because of sources and methods (and more), would have to be heavily redacted, whereupon they would blame the White House for lack of transparency. Told them to re-do and send back in proper form!

The question, for both memos, revolves around the release of classified information. Both describe the process of how the Department of Justice obtained a FISA warrant—the warrant issued by a secret court that allows American citizens to have their communications monitored by the U.S. intelligence and law enforcement.

The Nunes memo was written by Republican staffers on the House Intelligence Committee that Nunes is chairman of, but Congressional Democrats and a number of high-ranking DOJ officials said the memo relied heavily on cherry-picked facts that gave the public an inaccurate portrayal of what really happened. Among other assertions, the Nunes memo tried to portray the DOJ’s request for a FISA warrant against a Trump campaign operative as entirely based on the Steele Dossier, which had been compiled with funding by Democratic operatives. Top DOJ officials opposed the release of the original memo, arguing that it revealed too much about the methods used by investigators in tracking foreign threats, but Trump seemed unswayed by any of the concerns.

Prior to the Nunes memo’s release, a number of Congressional Republicans and conservative pundits described the contents as horrifying, though upon its actual release, the memo seemed far less damning than it had been portrayed. In fact, it actually seemed to make the case that the Steele Dossier did not kick off the investigation into the Trump campaign’s connections to Russia at all. That didn’t stop Trump from publicly crowing, incorrectly, that the memo “totally vindicates ‘Trump’ in probe”.

Democrats reacted angrily to Trump’s decision, with House Minority Leader Rep. Nancy Pelosi (D-Calif.) accusing Trump of trying to hide the truth. “The President’s decision to block the Democratic memo from release is part of a dangerous and desperate pattern of cover-up on the part of the President,” Pelosi said Friday night. “Clearly, the President has something to hide.”

Despite Trump’s objection to its release and command that it be rewritten, the issue may be out of his hands. The rules governing the release of the memo put Congress in the driver’s seat. Following the Intelligence Committee’s vote to release the memo, the president has the right to object, but now that he has, the committee can either make the changes he suggests or try to override the decision by voting to allow the entire House of Representatives to decide whether to release it.