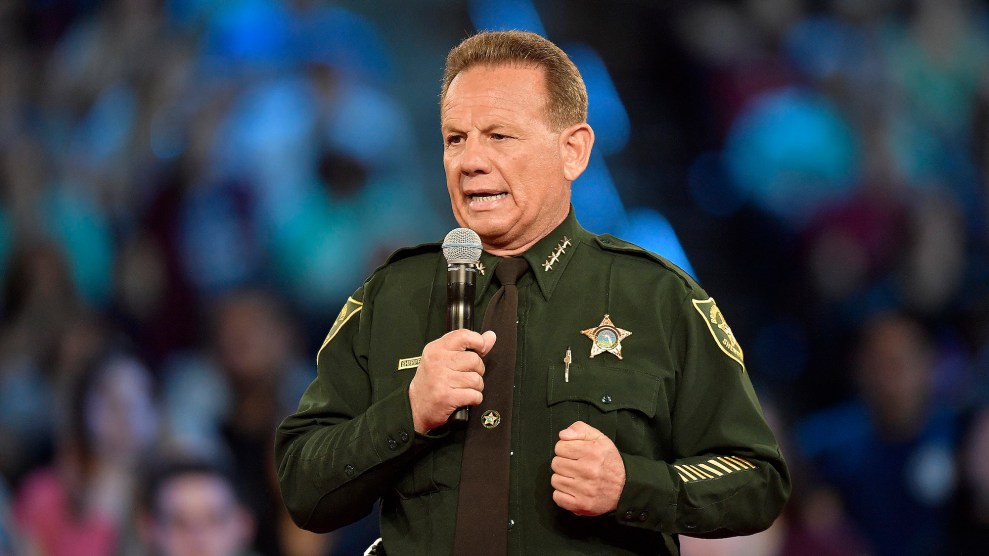 In a Sunday morning interview, CNN’s Jake Tapper asked Broward County Sheriff Scott Israel whether he would take any responsibility for the Parkland, Florida school shooting that killed 17 people at Marjory Stoneman Douglas High School. Israel said he himself has shown “amazing leadership” of his department and could “only take responsibility for what I knew about.”

But when Tapper pressed him on whether the shooting might never have happened if Israel’s office had acted differently, he had a bizarre response. “If its and buts were candy and nuts, OJ Simpson would still be in the record books,” he said.

Florida state representative Bill Hager sent a letter on Saturday to Florida Gov. Rick Scott demanding that Israel be removed for “gross incompetence.” When asked about the letter on Sunday, Israel said that “of course” he wouldn’t resign. “It was a shameful, politically motivated letter that had no facts.”

Israel has faced criticism for how his department dealt with the tragedy after reports surfaced that an armed school resource officer waited outside the school for “upwards of four minutes” while the shooting was taking place. That deputy, Scot Peterson, has since resigned. Meanwhile, multiple other Broward County Sheriff’s deputies are also under investigation for how they responded on the day of the shooting and handled at least 18 calls about the gunman in the years leading up to the massacre.

Meanwhile, the NRA seems all too happy to let the sheriff’s office take the heat. Asked on This Week about whether civilians should have access to AR-15s, NRA spokesperson Dana Loesch deflected, turning attention to how sheriff’s office had not arrested the gunman before the shooting despite multiple warning signs. “I wish as much attention were given to the Broward County sheriff and their abdication of duty as trying to blame 5 million innocent, law-abiding gun owners all across the country,” she said.