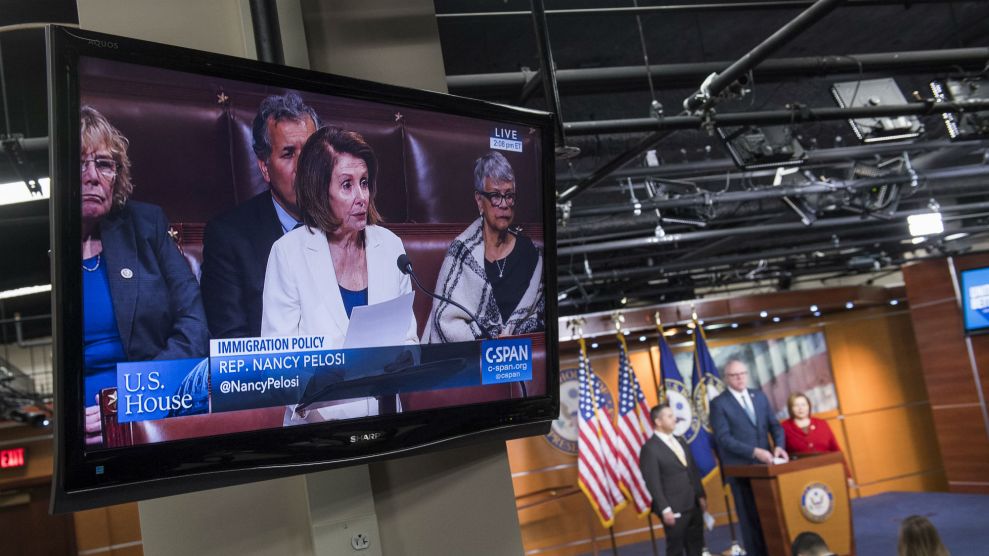 House Minority Leader Nancy Pelosi (D-Calif.) has set a record for the longest continuous speech in House history, according to the House Historian’s Office. Pelosi took to the floor at 10:04 a.m. EST on Wednesday—after the Senate failed to include Dreamers, the undocumented immigrants protected under DACA, in their agreement to fund the government. Ending just after 6:00 p.m. EST, Pelosi spoke for eight hours and seven minutes.

Under DACA, hundreds of thousands of Dreamers were protected from deportation. After President Trump ended the program last year, Democrats pushed for the protection of Dreamers to be included in last month’s short-term spending bill. It wasn’t, so Democrats refused to support the bill, resulting in the three-day government shutdown.

“We have to be strong as a country…to respect the aspirations of people who are our future,” Pelosi said Wednesday. “The young people are our future and these Dreamers are part of that.” (Fittingly, Pelosi’s speech comes one year after Sen. Elizabeth Warren, D-Mass., was formerly silenced on the Senate floor by Majority Leader Mitch McConnell.)

JUST IN: From the House Historian's Office: @NancyPelosi has set the record for the longest-continuous speech in House history: pic.twitter.com/w598TQQJRr

House Democrats have largely commended the speech, sharing clips of it on Twitter with the now-trending hashtag #GoNancyGo. After Pelosi told colleagues they were free to attend a speech by former Vice President Joe Biden, they responded by saying, “We want to see you,” according to a tweet from C-SPAN.

Leader @NancyPelosi has been on the House Floor for hours demanding a clean #DreamActNow. She shared the story of my constituent, Emily – a #DREAMer and #EastBay community health worker. Emily is a part of our community and we fight for her. #GoNancyGo pic.twitter.com/lN1bpiBI4D

Pelosi and other Dems have said they’ll only support the spending bill if Speaker Paul Ryan agrees to hold a vote on an immigration bill that includes the Dreamers. The short-term funding bill expires on Friday.