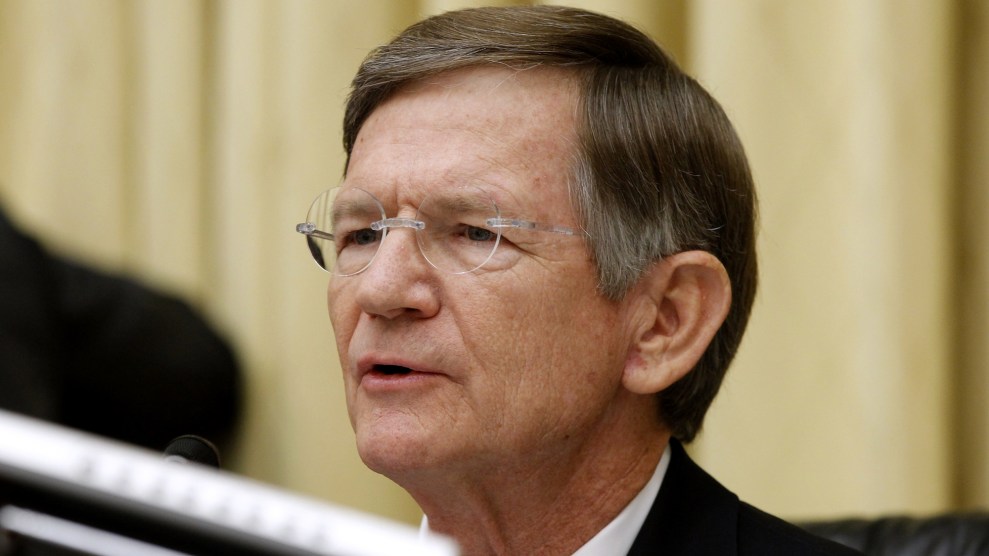 At a hearing this week, Rep. Lamar Smith (R.-Texas) lashed out at the International Agency for Research on Cancer (IARC), the group that assesses cancer risk for the UN’s World Health Organization. He accused it of conducting “cherry-picked science,” which, he declared “raises questions about why IARC should receive any [US] government funding in the future.”

“Cherry-picked science” is quite a charge coming from Smith, a magnate for cash from the fossil fuel and agribusiness industries who is widely regarded as the “preeminent climate change denier in Congress,” to use the veteran Los Angeles Times reporter Michael Hiltzik’s phrase.

What drew Smith’s ire is an ongoing dispute over the herbicide glyphosate, marketed by Monsanto as Roundup. In an assessment of the scientific literature back in 2015, IARC declared glyphosate “probably carcinogenic to humans.” The finding triggered a fierce pushback from Monsanto as well as a flood of pending lawsuits from cancer survivors.

Controversy has roiled around the assessment ever since. Last June, Reuters reported that the agency had failed to consider relevant unpublished data from a study suggesting glyphosate doesn’t cause cancer. The IARC responded that its policy is to never consider unpublished studies in its assessment, and it has since fiercely defended is conclusion.

Some scientists defend the IARC’s position, such as the 100 US and worldwide researchers who signed this 2016 paper in the Journal of Epidemiological Community Health. Others authorities dispute it, including the US Environmental Protection Agency and its counterpart across the Atlantic, the European Food Safety Agency, both of which have declared glyphosate not likely to be carcinogenic.

In an ideal world, the views of a science-denying zealot like Lamar Smith would have little bearing on the debate.

In other words, there is genuine scientific disagreement about whether glyphosate poses a cancer risk. In an ideal world, the views of a science-denying zealot like Lamar Smith would have little bearing on the debate. In reality, he’s a powerful figure in a party that controls Congress and the White House. And he chairs the US House’s Science, Space, and Technology Committee, a spot he will hold until he retires at the end of his term in 2019.

But even if Congress slashes US financial support for the IARC, it won’t likely have a huge effect on its funding. According to a 2017 Reuters piece, the agency’s budget is just $34 million per year, and the United States has contributed just $40 million to it since 1992—which amounts to roughly $1.6 million a year, or less than 5 percent of IARC’s annual budget.