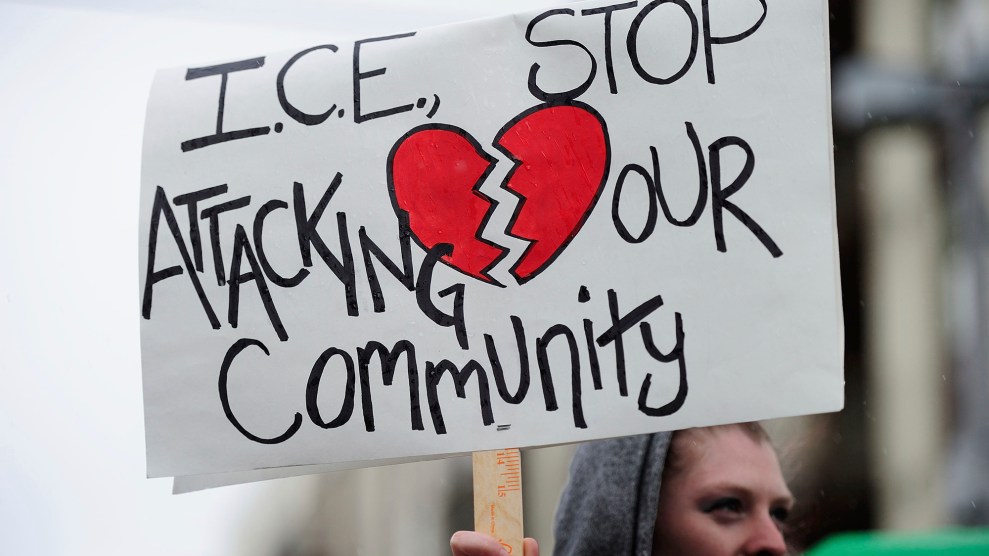 A protester stands outside the Immigration and Customs Enforcement (ICE) building in Portland, Oregon. Alex Milan Tracy/Sipa via AP

An attorney with US Immigration and Customs Enforcement (ICE) allegedly stole the identities of immigrants and used them to defraud credit card companies, according to the charging document filed against him Monday.

Raphael Sanchez, chief counsel for ICE in Seattle, used the identities of seven people “in various stages of immigration proceedings” to obtain “money and property” from financial institutions, according to charges filed by the Justice Department. NBC News reports that the type of charging document filed is typically an indication that a plea deal is in the works. Sanchez is scheduled to enter a plea Thursday.

ICE is in the national spotlight for its treatment of immigrants under the Trump administration. In January, the agency received widespread media attention for deporting a father of five who was brought to the United States as a child and lived in the country for 30 years. The agency recently ordered the deportation of a man whose five-year-old child is battling cancer. ICE has also detained or deported immigration activists, sparking charges that the agency is improperly targeting political opponents. A lawsuit filed last week against ICE by immigrant rights groups claims the agency is targeting activists “in order to silence them.”