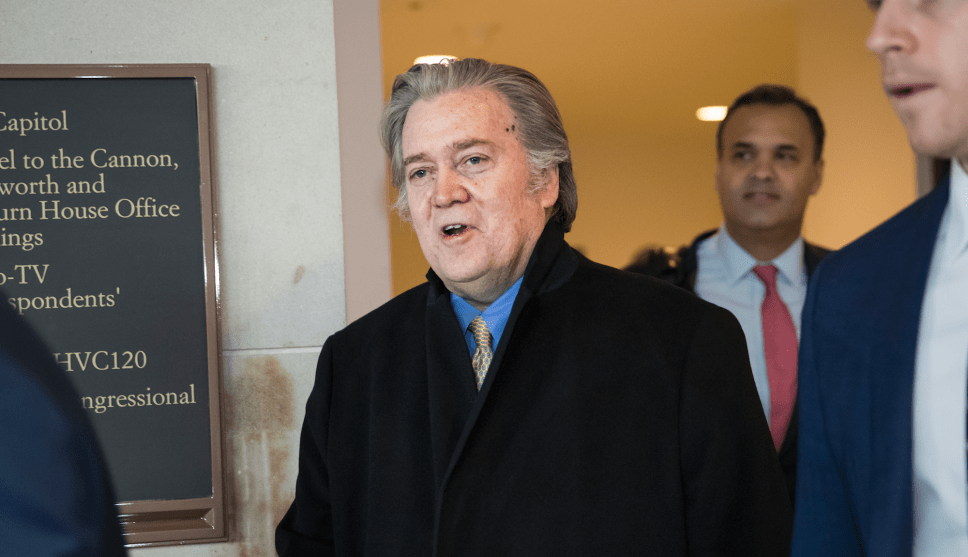 The House intelligence committee is considering a vote to hold Steve Bannon in contempt of Congress, after the former chief White House strategist refused to answer key questions when he appeared before the panel on Thursday in connection with its ongoing Russia investigation.

Rep. Adam Schiff (D-Calif.), the top Democrat on the committee, said Bannon asserted a broad claim of executive privilege to decline questions on a wide range of matters. According to Schiff, Bannon was only willing to answer 25 questions that were scripted by the White House in advance of his testimony.

Last month, the committee subpoenaed Bannon after he refused to answer questions about his time in the White House and on the Trump transition team. During the January 16 interview, Bannon’s lawyer was reportedly in communication with the White House concerning the questions Bannon could respond to.

Bannon’s stonewalling on Thursday again irked committee members of both parties. Bannon “has done the impossible and brought our committee together,” Schiff said. Rep. Mike Conaway (R-Texas), a top Republican on the panel, said he will meet with House Speaker Paul Ryan (R-Wisc.) to discuss holding Bannon in contempt.

“He did not answer all the questions we’d like answered,” said Conaway, who called the meeting “frustrating.”

Part of the committee’s gripe is their belief that Bannon has been more cooperative with special counsel Robert Mueller, who holds a more robust power to enforce subpoenas through the threat of criminal charges. NBC reported that Bannon met with Mueller’s team for over 20 hours over a couple days earlier this week. (Bannon’s lawyer, William Burck, did not respond to questions about Bannon’s meetings with the special counsel or the House committee.)

The committee could vote on holding Bannon in contempt as early as Monday.