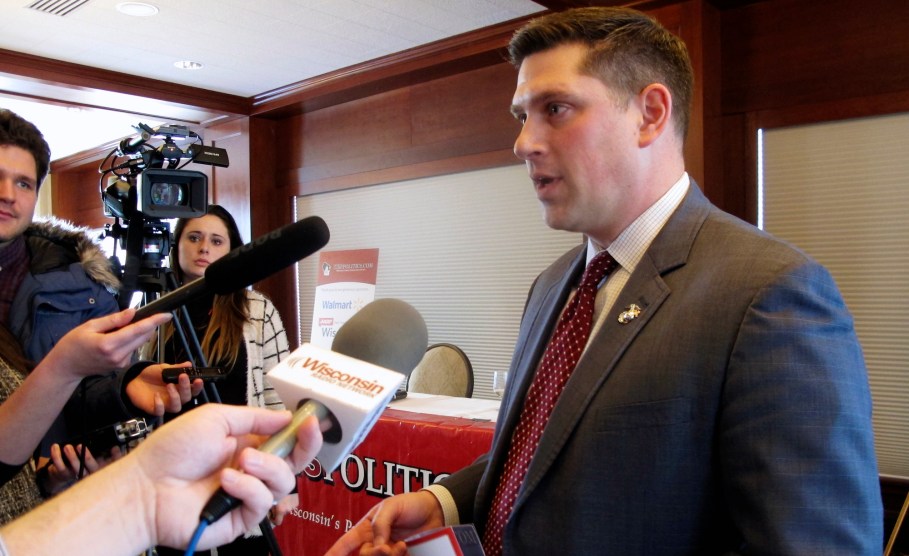 Kevin Nicholson, a Republican challenging Sen. Tammy Baldwin (D-Wisc.), has raised over $1.2 million for his 2018 campaign to unseat the nation’s first openly gay senator. But his Democratic rival has raised almost eight times that amount in the last two years—with the help of Nicholson’s own parents.

CNN reported on Tuesday that Michael and Donna Nicholson each donated $2,700—the maximum allowed under federal rules—to Baldwin’s primary campaign in December 2017.

The move might stem less from parental indifference than party loyalty: Nicholson’s parents are longtime Democrats who have given to numerous Democratic candidates over the years. The Milwaukee Journal-Sentinel reported that, since Nicholson entered the race in July 2017, his mother has made 14 donations to Democrats, including Rep. Mark Pocan (D-Wisc.) and Sens. Tim Kaine (D-Va.) and Al Franken (D.-Minn.).

Nicholson himself had strong Democratic ties before he decided to run as a Republican. Politico reported that while he was a student at the University of Minnesota, Nicholson served as president of College Democrats of America, a post that granted him a speaking slot at the 2000 Democratic convention. Nicholson attributes his ideological shift to his experiences as a student, Marine, Christian, and family man. “I start every speech talking about how I was a Democrat,” he told Politico in September, “and what I saw and what I was involved in, and how it made me a conservative.” The explanation hasn’t worked for some GOP politicians, such as former Trump Chief of Staff Reince Priebus, who has called Nicholson’s conversion “too contrived.”

Nicholson told CNN that his parents’ donations come as no surprise. “My parents have a different worldview than I do, and it is not surprising that they would support a candidate like Tammy Baldwin who shares their perspective,” he said.

Nicholson is facing off against state senator Leah Vukmir in the GOP primary. Nicholson has raised roughly twice as much money as his challenger, according to recent FEC filings. The elder Nicholsons will have another opportunity to throw money Baldwin’s way during the general election—should their son secure the GOP bid, that move might hit even closer to home.