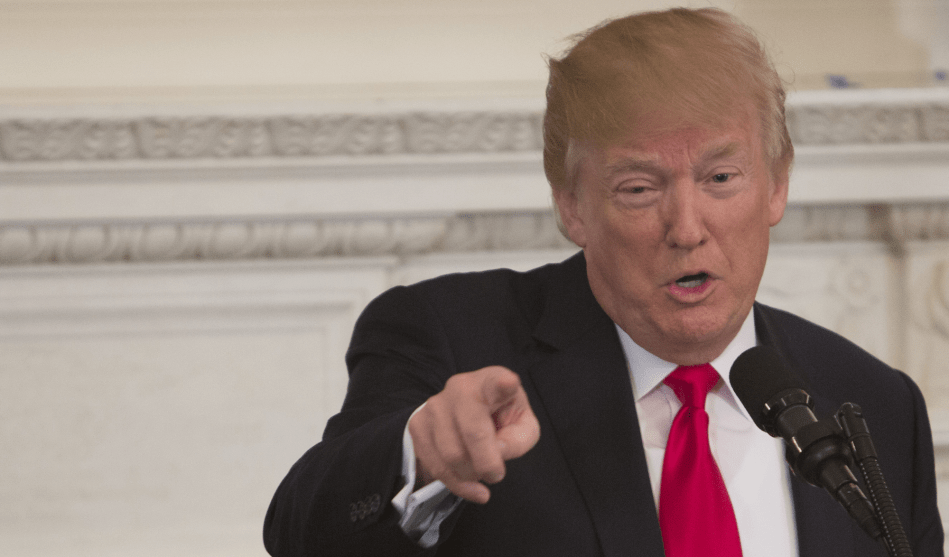 President Donald Trump appears to be catching up on old episodes of his favorite cable news program.

On Tuesday, the assiduous “Fox & Friends” viewer referenced talking points from a Sunday segment featuring Jonathan Turley, in which the George Washington University law professor expressed doubt that the special counsel’s investigation will reveal evidence of collusion between Trump and Russia.

The president then followed up with a quote from Ken Starr, who also appeared on “Fox & Friends” Sunday to similarly dismiss charges of collusion. Trump punctuated his morning tweets with a personal touch of “Witch Hunt!”—his favorite phrase to cast doubt on the ongoing Russia probes.

It’s unclear what prevented Trump from watching the Sunday episode in real-time.

“I’ve been skeptical about the collusion and obstruction claims for the last year. I just don’t see the evidence….in terms of the collusion, it’s all a bit implausible based on the evidence we have.” Jonathan Turley on @FoxNews

“We’ve seen NO EVIDENCE OF COLLUSION….I have seen nothing, the firing of James Comey and all of the aftermath, that suggests that the President has obstructed justice because he’s exercising his power as the President of the U.S. I just don’t see it.” Judge Ken Starr

The tweets on Tuesday came as CNN published a new poll showing 6 out of 10 Americans are concerned that Trump is not doing enough to protect future elections from potential interference threats.