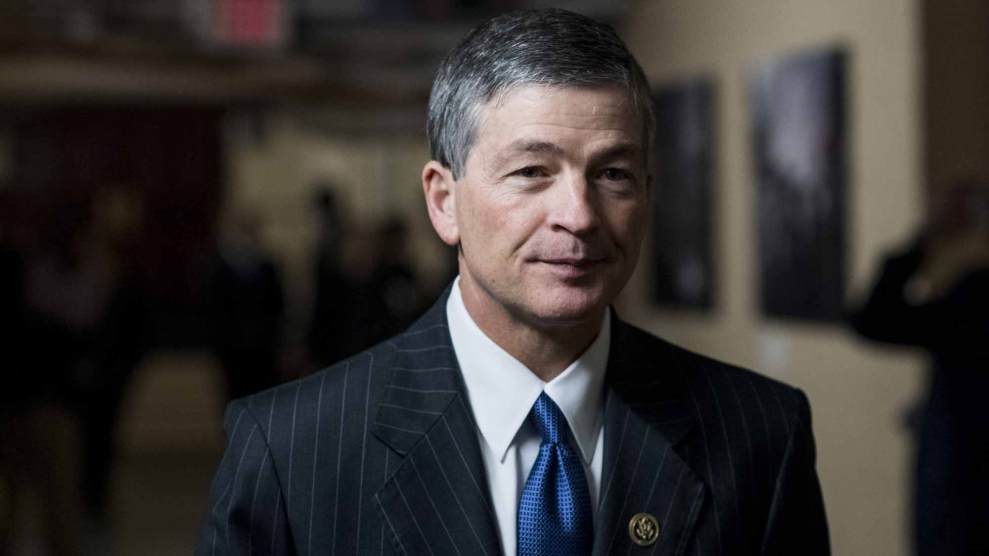 Rep. Jeb Hensarling (R-Texas) has been a devoted opponent of the Consumer Financial Protection Bureau.Bill Clark/ZUMA

Ever since White House budget director Mick Mulvaney’s embattled appointment two months ago as head of the Consumer Financial Protection Bureau, he’s moved swiftly to transform the watchdog agency he once called a “sick, sad” joke. He has shelved investigations and kneecapped the work of CFPB examiners by halting data collection. In just the last week, he announced plans to gut an Obama-era payday loan regulation, spend down the CFPB’s rainy day fund, and launch a review of all its operations, signaling a likely overhaul.

“The structure of the CFPB is just fundamentally flawed,” Mulvaney said in a November interview shortly after taking control at the agency, adding that he planned to “try and limit as much as we can what the CFPB does to sort of interfere with capitalism and with the financial services market.”

Mulvaney, a former Republican congressman from South Carolina, has long sought to dilute the CFPB’s power; he once even co-sponsored a bill to eliminate it. Now that he’s in charge, he has brought in like-minded allies to help overhaul the agency. That’s meant that one of Mulvaney’s former House colleagues, Jeb Hensarling (R-Texas), has seen his influence expand at the agency, as Mulvaney has hired two of his senior staffers into high-level positions.

Earlier this month, Hensarling, a persistent critic of the CFPB who chairs the House Financial Services Committee, announced that Kirsten Sutton Mork, his longtime aide and committee staff director, would be leaving his office to become the CFPB’s chief of staff. In December, Hensarling staffer Brian Johnson, who also worked as the financial service’s committees chief counsel, left his job on the hill to serve as a senior adviser to Mulvaney at the CFPB. Johnson, according to the Wall Street Journal, is expected to have “authority to act on Mulvaney’s behalf” as the agency’s director straddles his two full-time jobs at the CFPB and the White House. Both Mork and Johnson are leaving Hensarling’s office as the congressman winds down his legislative career; in October, Hensarling announced he would not seek reelection in 2018.

His pending retirement has fed speculation that Hensarling himself might succeed Mulvaney as the CFPB’s next Senate-confirmed director. The Trump administration has for weeks said its nomination for a new bureau head is imminent, and the congressman is said to be on the short list. So is another ex-Hensarling staffer, former counsel Mark McWatters, who now chairs the board of the National Credit Union Administration, a federal regulator.

For 15 years, Hensarling has helped lead the charge in Washington against greater supervision of Wall Street, first by opposing bank regulation before the 2008 financial crisis, and later by fighting Congress’ response to that collapse: the Dodd-Frank Wall Street Reform Act, which created the CFPB. The agency’s recent hires of Hensarling aides offer a glimpse into the transformation taking place at the CFPB under the influence of the Trump administration.

“Hensarling has made it a mission to destroy the consumer bureau and to eviscerate the laws that protect ordinary people against Wall Street giants and predatory lenders,” says Lauren Saunders, associate director of the National Consumer Law Center. “We certainly have deep worries about anybody who shares Hensarling’s view of the importance of sabotaging the consumer watchdog.”

Hensarling first arrived in Congress in 2003. By then, Democratic lawmakers had begun to grow concerned that the bloated, poorly regulated mortgage market was threatening the economy, and introduced several pieces of legislation aimed at keeping better tabs on big financial institutions and lenders. Hensarling consistently opposed these measures.

“We still have to remember that millions of people have homeownership opportunities due to a subprime market. I am very leery of any legislation that could undercut that market,” Hensarling said at an October 2007 committee hearing on the Mortgage Reform and Anti-Predatory Lending Act, a bill that would have increased oversight over lenders and loan processors. “We should also take note about what is happening in the marketplace now. The market has a wonderful ability to correct itself.”

A year later, mortgage lending giant Lehman Brothers went bankrupt, ushering in the Great Recession. When the Bush administration proposed a $700 billion emergency bank bailout package to stave off an economic meltdown, Hensarling was among several dozen Republicans who refused to support it. At the time, Hensarling said the bailouts would put the nation “on the slippery slope to socialism.” The “no” votes of Hensarling and his colleagues sunk the bailout bill, leading to the largest one-day dive ever recorded by the Dow and the worst stock market collapse since 1987. Hensarling went on to oppose a second bailout bill, which garnered enough votes to pass.

After the bailout, lawmakers began crafting what became Dodd-Frank, aiming to keep a watchful eye on the big banks and prevent crashes that might require future taxpayer-funded bailouts. Hensarling introduced proposals to defang Dodd-Frank. He sponsored a 2009 amendment which would have eliminated the Office of Financial Research, a Treasury Department bureau tasked with measuring vulnerabilities across the financial system. That same year, he sponsored a bill to roll back Dodd-Frank requirements that major financial institutions disclose information about executive incentives tied to company performance, in order to weed out arrangements that might encourage risk-taking that could put the institution—and the broader economy—in jeopardy.

Hensarling took the helm of the House Financial Services Committee in 2013. Under his leadership, the committee has introduced dozens of proposals to cut or weaken Dodd-Frank’s provisions. The bills served as a basis for the Financial CHOICE Act, a broader Dodd-Frank overhaul that Hensarling has twice introduced, and which passed the House in 2017. It would roll back major regulations, like the Volcker rule aimed at curbing risky Wall Street investments and stress tests for big banks, along with protections for military veterans, the elderly, and mortgage borrowers.

The bill also targets the CFPB by returning its power to enforce bank rules to the agencies that did so before the financial crisis. It would lessen the CFPB’s independence, giving the president greater power to fire its director and control its activities, and strip it of its ability to regulate “small-dollar credit,” including high-interest payday loans that often target low-income households.

Over the course of his congressional career, Hensarling has accepted $8 million in campaign contributions from the real estate, insurance, and financial industries, whose activities are often regulated by the CFPB. He has also regularly been one of Congress’ top recipients of funds from commercial banks.

“Mick Mulvaney and his appointees have very little interest in protecting consumers and holding financial institutions accountable for bad behavior,” says Ira Rheingold, the general counsel of the National Association of Consumer Advocates. “Now the people who supported the reckless behavior that created the financial collapse are being put back in place and trying to undo the progress that was made. It’s the ultimate example of the fox in the hen house.”