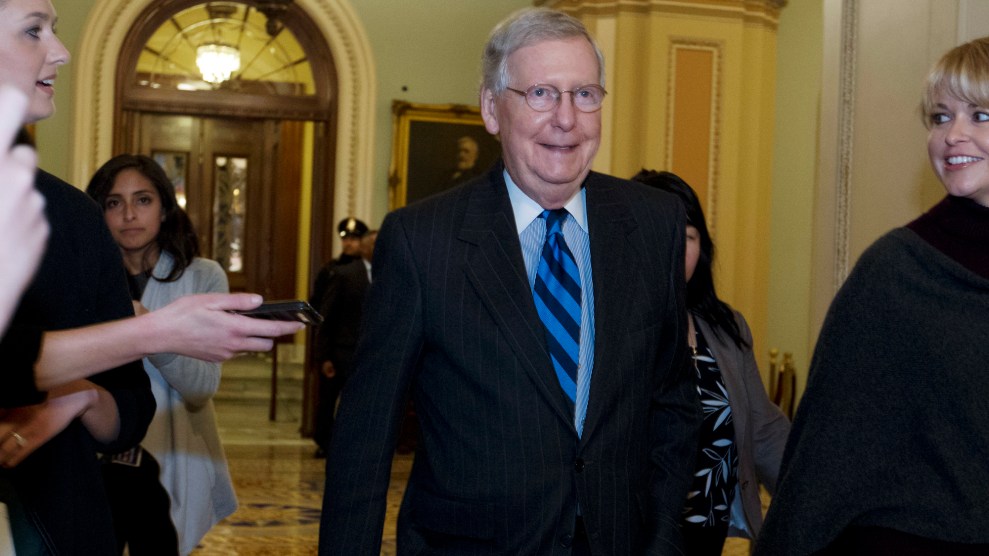 The Senate on Monday voted 81-18 to clear the way for a bill to fund the federal government for at least three weeks, a move that would bring an end to the to the 3-day-old government shutdown. The funding resolution, which still needs to be approved by the House, includes a six-year extension of the Children’s Health Insurance Program, a key healthcare program that Republicans had allowed to expire last year. House Republican leaders are confident that they can quickly pass the bill, Politico reports.

House GOP leaders appear pretty confident that they can pass this bill, and will move quickly to the floor.

The bill does not provide protections for Dreamers—undocumented immigrants who came to the United States as children. Last year, President Donald Trump announced he was ending Deferred Action for Childhood Arrivals (DACA), a 2012 executive action that protected Dreamers from deportation.

Thirty-three Democrats joined Republicans to provide the 60 votes needed to advance the bill. Last week, Democrats overwhelmingly voted against funding the government because Republicans refused to include a path to citizenship for Dreamers.

Minority Leader Chuck Schumer (D-N.Y) said on Monday that Republicans and Democrats will now try to work out a bipartisan immigration deal before government funding once again expires after February 8.

Majority Leader Mitch McConnell (R-Ky.) has said he will allow the Senate to consider immigration legislation in February in exchange for Democratic support for reopening the government. There are no guarantees that any bill that emerges from that debate would be approved by the House or Senate.

Congress votes on a 3 week CR w/out #DreamAct. Dems failed to fight & use their leverage to protect immigrant youth. A false promise to vote on immigration from Rs is not a strategy to win. We won't be fooled. This vote means deportation. Won't stop fighting! #DreamActNow

Sen. Kamala Harris (D-Cali.), who voted against advancing the bill, told reporters, “I don’t believe [McConnell] made any commitment whatsoever, and I think it would be foolhardy to believe he made a commitment.”