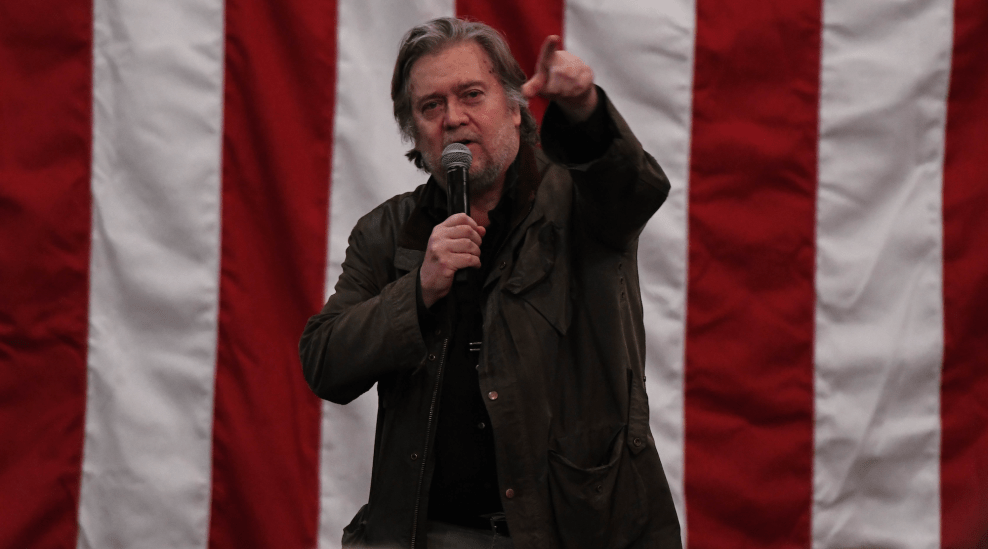 Update, 1:20 EST: Trump responded to Bannon’s remarks on Wednesday with a statement claiming that his former chief strategist “lost his mind.” “Steve Bannon has nothing to do with me or my Presidency. When he was fired, he not only lost his job, he lost his mind.”

NEW: @realDonaldTrump responds to Bannon comments in statement: "When he was fired, he not only lost his job, he lost his mind.” !!! pic.twitter.com/TXAe3jMsrC

According to a forthcoming book by Michael Wolff, President Donald Trump’s ousted chief strategist, Steve Bannon, believes the infamous June 2016 meeting between members of Trump’s inner circle and a Russian lawyer supposedly offering damaging information on Hillary Clinton was “treasonous” and “unpatriotic.” His view of the controversial sitdown, a focus of the ongoing special counsel probe into possible collusion between the Trump campaign and Russia, conflicts with his own public comments about the investigation, which he’s called a “waste of time.” It also undercuts the president’s repeated defense of the meeting as a “very standard” attempt by his son to gain access to opposition research.

“Even if you thought that this was not treasonous, or unpatriotic, or bad shit, and I happen to think it’s all of that, you should have called the FBI immediately,” Bannon told Wolff. He also said that were such a meeting to take place it should have been held at a remote location with lawyers present, offering a Holiday Inn at Manchester, New Hampshire as an example of a more appropriate setting than Trump Tower.

In passages from Wolff’s new book, Fire and Fury: Inside the Trump White House, obtained by the Guardian, Bannon also hinted that the special counsel’s investigation into Russian interference in the 2016 election would largely focus on money laundering.

“They’re going to crack Don Junior like an egg on national TV,” he added.

Conservatives on Wednesday were quick to lash out at both the Guardian and Bannon.

During a closed-door session before the House intelligence committee last month, Trump Jr. refused to disclose the details of his conversations with his father regarding the Trump Tower meeting.